Yiannis Spyropoulos was born in Pylos, Messinia in 1912.

In 1930 he enrolled at the School of Fine Arts, Athens, where he studied painting under Umbertos Argyros, Spyros Vikatos and Epaminondas Thomopoulos.

In 1938 he was awarded a scholarship by the Academy of Athens to study in Western Europe. He chose Paris where he enrolled at the École des Beaux Arts and additionally attended classes at Colarossi and Julian academies.

In 1958 he represented Greece at the Guggenheim Prize international competition in New York and a year later was among eight Greek artists selected to present Greek art in eight American cities, abstraction being prominent among the works presented.

Spyropoulos, amongst other Greek artists, represented Greece in the 1960 Venice Biennale where he was awarded the Unesco Prize. This prize put him in the international limelight and launched the start of an international career.

Prefacing the artist’s 1971 one-man show in Sydney, Australia (that showcased works from Spyropoulos’s abstract period), art critic C. Spencer noted:” The first thing to be said about these paintings is that they are extremely beautiful to look at, avoiding any obvious effort to charm, any easy seduction by sensuous colour or gaiety of mood. Inherent in their beauty, which is at once immediate and at the same time evasive, is superb craftmanship. What may first appear as areas of monochrome colour are in fact brilliant, painstaking technical achievements, the work of a master painter who works with love and conviction. His dark canvases are like veils moving slowly and sensuously in the wind, revealing here a brief shaft of light, there a sharp burst of sun, an unexpectedly brilliant colour, textures of ancient stones and crumbling walls. Areas of great calm are disturbed by elements of tension and conflict. There is excitement and drama alongside simple acceptance. It is as if we are given glimpses into the fascinating mystery of life through the equally mysterious processes of artistic creation”.

In 1966 he was awarded the title of the ‘Grand Commander of the Order of the Phoenix’. 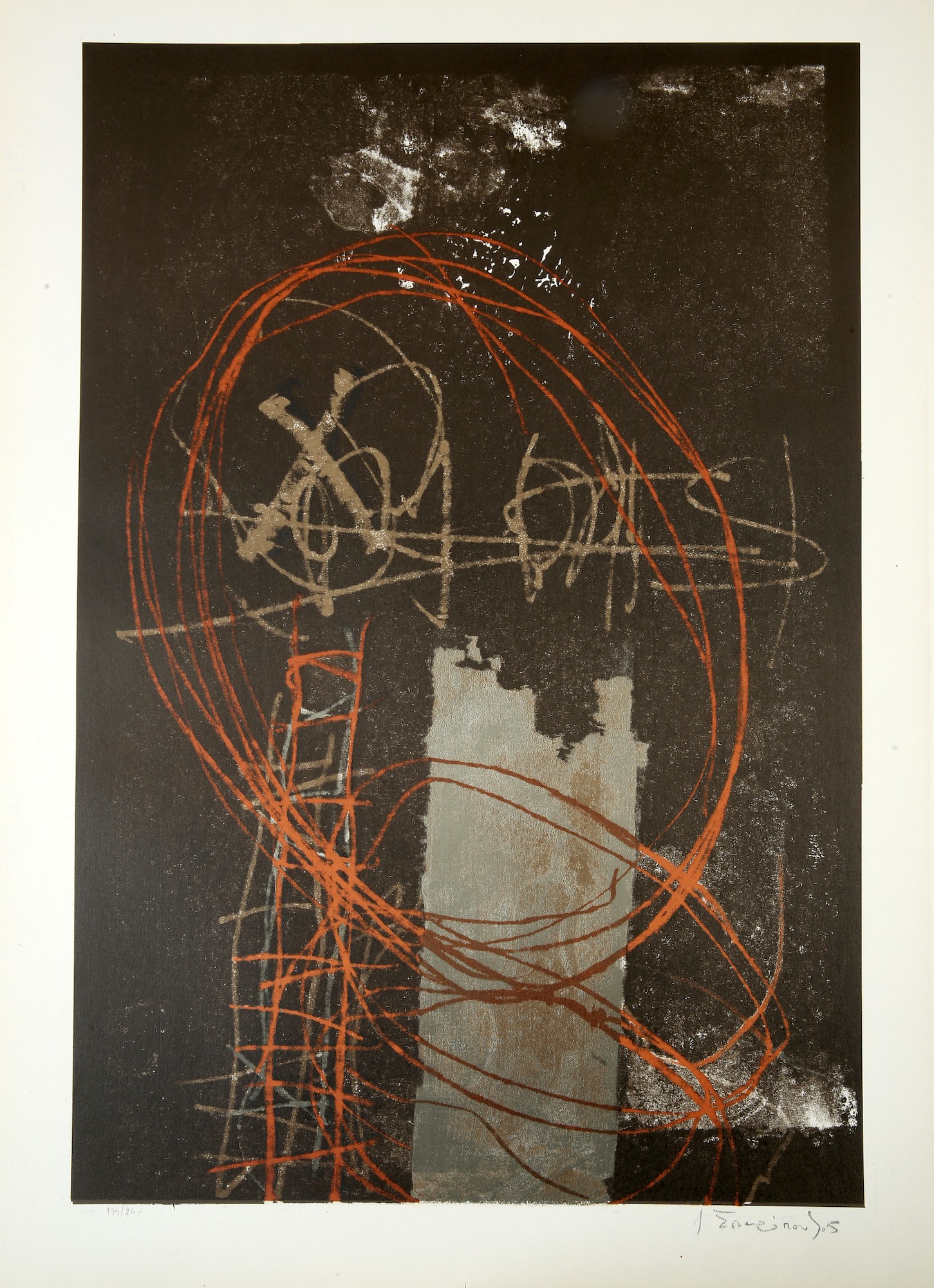