Panagiotis Tetsis was born on the island of Hydra in 1925 and settled with his family in Piraeus in 1937.

In 1940 he had his first drawing lessons from the German painter Klaus Frieslander and three years later enrolled at the School of Fine Arts, Athens. There he was taught firstly by Dimitris Biskinis and Pavlos Mathiopoulos and later by Constantinos Parthenis, graduating in 1949.

Tetsis’ work although having abstract and modernist tendencies remains nevertheless intensively figurative. His choice of subject matter whether portraiture, seascape, landscape or still life act merely as an excuse to highlight the painterly quality of the works.

In his long career, he excelled not just in oil painting but also in watercolour, pastel, charcoal and ink. Light in his work is an integral component of colour, even in his black and white canvases. His birthplace, the island of Hydra remained a significant source of inspiration until the end.

In 1976, he was elected a professor at the School of Fine Arts, Athens, a position he held until 1991. In 1993, he became a member of the Academy of Athens, and in 1999 he was awarded the title of the ‘Grand Commander of the Order of the Phoenix’.

Tetsis presented his work in more than ninety solo exhibitions and numerous group exhibitions in Greece and abroad. His work is found in many public and private collections, notably: The National Gallery of Greece, the Municipal Gallery Athens, the Municipal Gallery Rhodes, the Leventis Gallery, the Averoff Gallery, the National Bank of Greece and many other public and private collections. 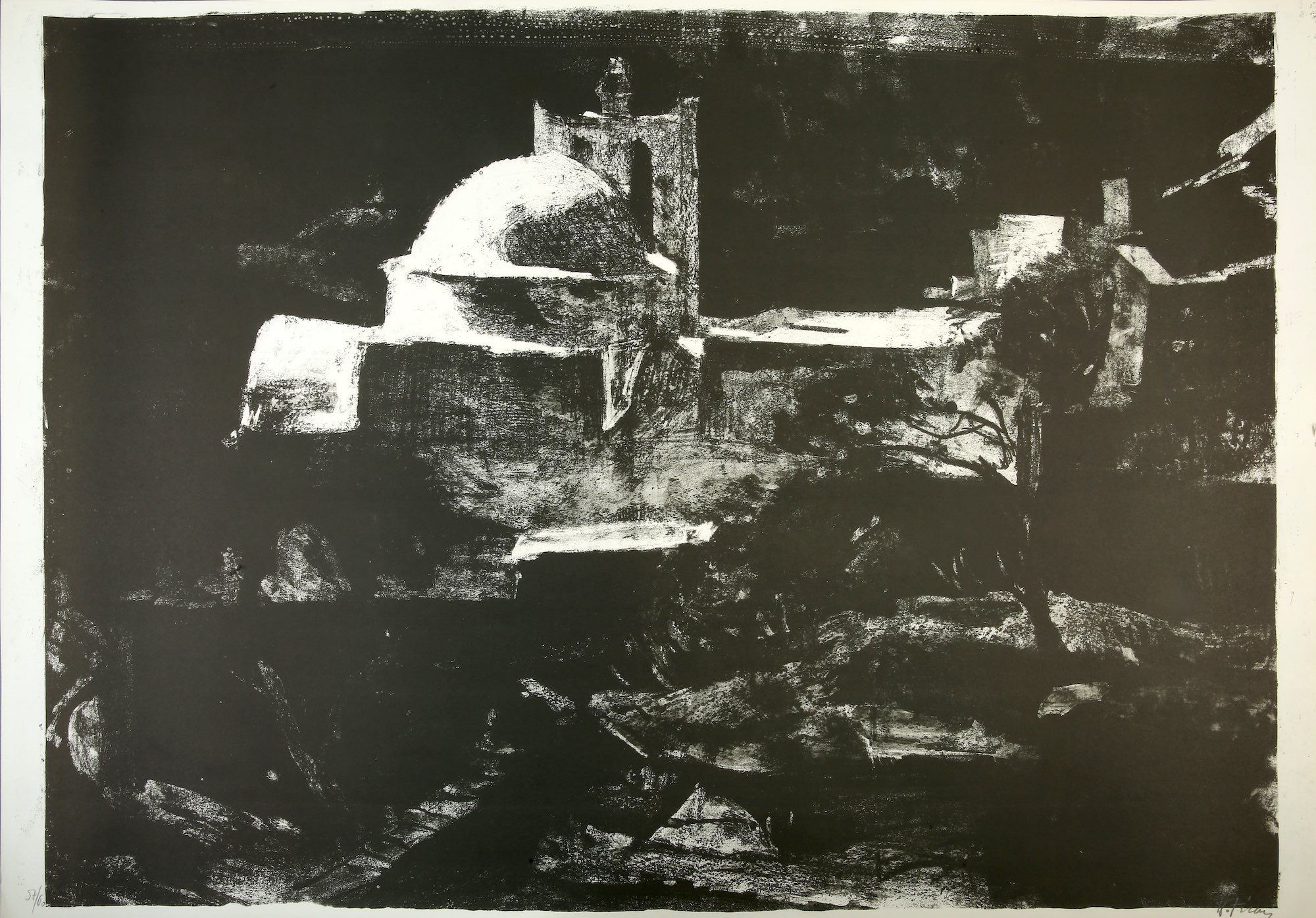