The letter that never arrived
mixed media on board, in plexiglas box

Yiannis Psychopedis was born in Athens in 1945.

In 1963, he enrolled at the School of Fine Arts, Athens, where he studied the art of engraving under K. Grammatopoulos, graduating in 1968. He continued his studies in painting at the Academie der Bildenden Kunste, Munich, between 1970 and 1976, on a DAAD scholarship. A year later he was invited by the Public Artistic Program of West Berlin and settled there until 1986.

Meanwhile, he co-founded the art group ‘Young Greek Realists' (1971-1973), together with Chronis Botsoglou and Kyriakos Katzourakis, among others. The group presented figurative paintings with socially critical content, serving also as an anti-dictatorial protest against the Greek dictatorship of the period.

During his stay in Germany, he developed considerable artistic activity, exhibiting both in Greece and abroad.

In 1986, Psychopedis moved to Brussels and in 1993 returned to Greece. The next year he was elected a professor at the School of Fine Arts, Athens, a position he held until 2012.

His work is dominated by the realistic criticism of social, political and cultural phenomena of modern times, with references to history, the Greek ancient world, European art and autobiographical memories. He uses various techniques such as oil and acrylic paints, coloured pencils, charcoal and mixed media. Additionally, he utilizes the photographic image in multiple ways and creates constructions by incorporating three-dimensional objects in his works. 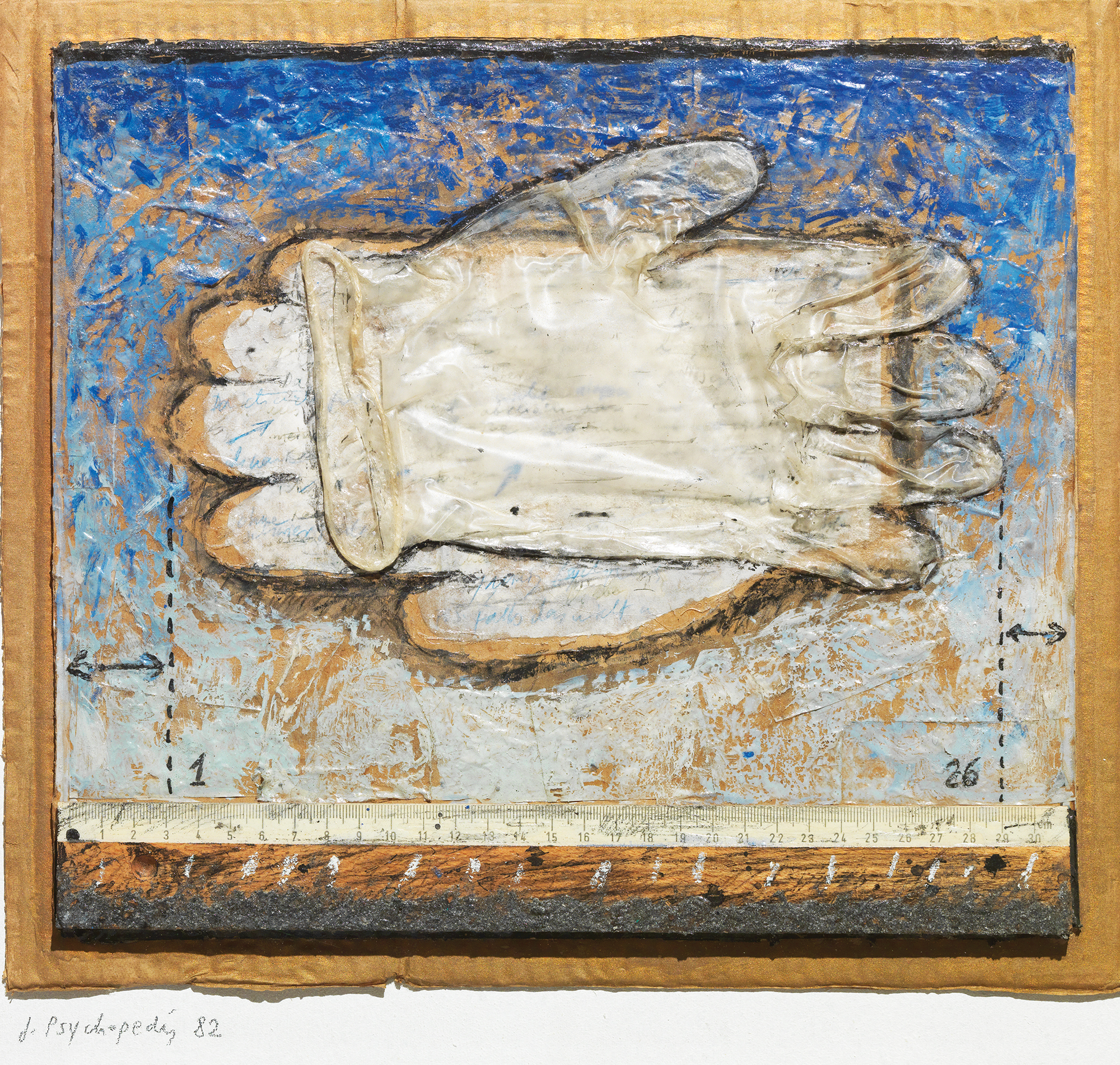