Portrait of a young woman
tempera on paper


Antoine Mayo was born in Egypt from a Greek father and French mother. He spent his teenage years between Egypt and Cluny, Burgundy.

He moved to Paris in 1923, after having visited the most important sites in Italy. He planned to study architecture there, but then started mixing in the artistic circles of Paris of the roaring twenties and decided to become a painter instead.

In Paris he met among others: F. Picabia, C. Soutine, G. de Chirico and Y. Tanguy. Later, in 1928 in Berlin, he met P. Klee and O. Kokoschka. In 1929 he exhibited at the gallery Quatre Chemins together with Giorgio de Chirico.

In 1934, after a brief stay in Greece, he returned to Paris where he met H. Miller and exhibited at the Salon des Surindépendants.

In 1944 his friend, writer Jacques Prévert, put him forward as costume designer for the classical period piece ‘Les Enfants du Paradis’. The film was a hit and allowed Mayo to lead a twenty-year career in French cinema, designing the costumes and sometimes the scenery of several classics.

In 1948 he had a solo exhibition at the Dina Viemy gallery and in 1964 he participated in a Surrealist exhibition staged at gallery Charpentier.

In painting he is an advocate of surrealism creating beautiful dreamlike works, where the inner world is shaped and enriched via constant dialogue with the outer.

In 1966 he moved to Rome and two years later exhibited at the gallery La Medusa. In 1970 he exhibited in Il Fauno, Turin and in 1972-1973 he held a large retrospective exhibition with eighty works from the period of 1927-1972 at the gallery Annunziata, Milan. At the same gallery, in 1976, he took part in the exhibition ‘Quatro Maestri del Surrelismo’. In 1983 his work was presented for the first time in Greece at the Institut Français in Athens.

Unfortunately, in the early eighties, Mayo gradually lost his eyesight. In 1985 he re-settled in Paris. Although he kept a Greek passport throughout his life, Mayo was culturally French. 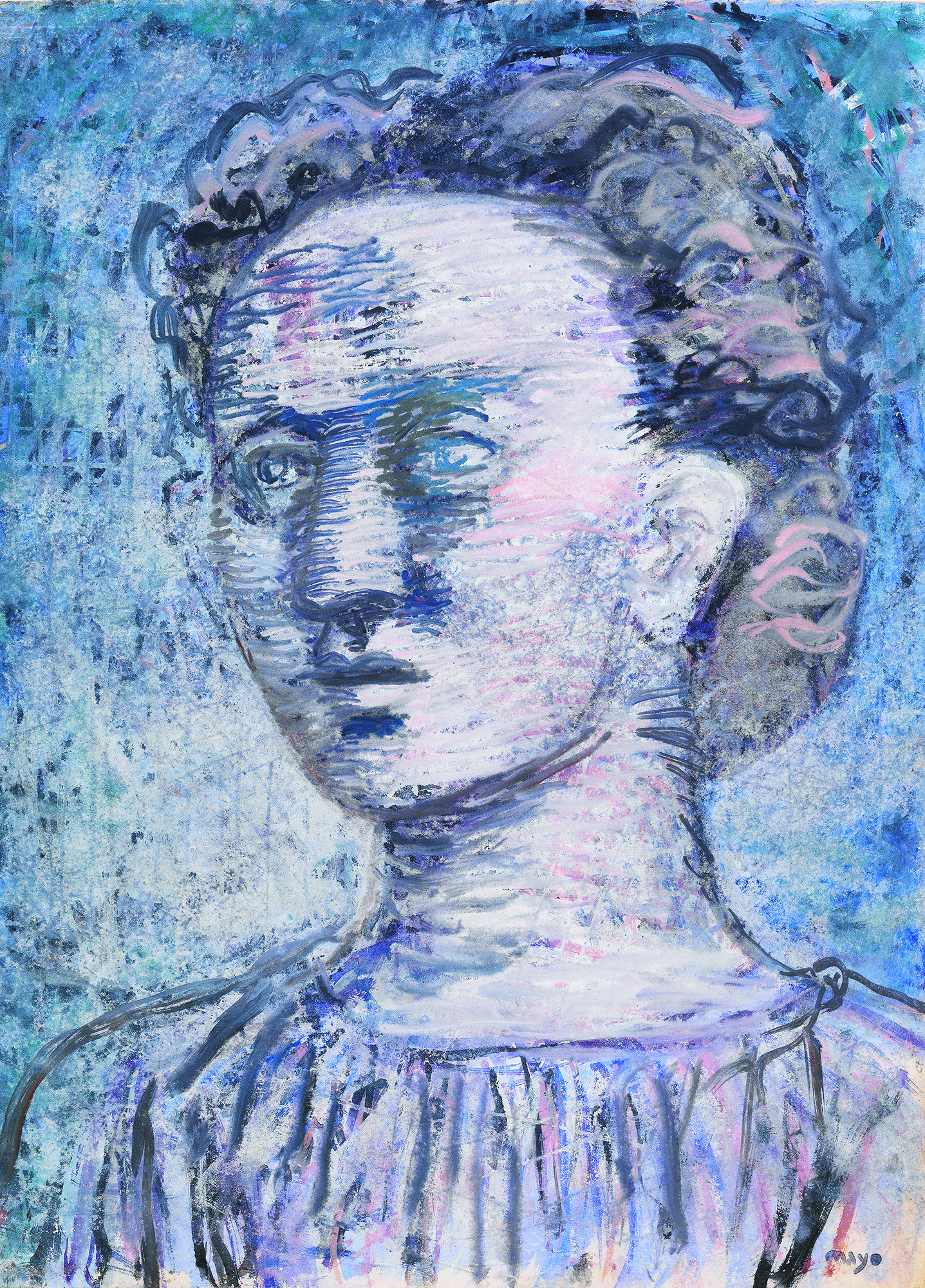