Katzourakis was born in Athens in 1944. He attended The School of Fine Art, Athens between 1963 and 1968, studying painting in the workshop of Yiannis Moralis and stage design with Vassilis Vassiliadis. A year later he was awarded the Parthenis Award.

Between 1972 and 1986 he lived in London, where continued his studies in printmaking, first at St. Martins School of Art and later at the Croydon Collage of Art.

Meanwhile he co-founded the art group ‘Young Greek Realists’ (1971-1973), together with Chronis Botsoglou and Yiannis Psychopedis, among others. The group presented figurative paintings with a socially critical content, serving also as an anti-dictatorial protest against the Greek dictatorship of the period.

His work is anthropocentric with elements of critical realism aimed at awakening the viewer’s conscience. Some phases of his work show deliberate references to the visual elements of ’Greekness’, with influences from Tsarouchis, Kontoglou and Theophilos. In more recent works he adopts a personal style with pronounced expressionistic elements in large scale composite works, combining painting with theatre, music and literature.

He has designed the costumes for the film ‘Days of ‘36’ (1971) of Theodoros Angelopoulos and the sets for ‘Το προξενείο της Άννας’ (1972) of Pantelis Voulgaris and was involved as an art director in several theatre productions.

In 2005 he was elected a professor at the School of Fine Arts, Thessaloniki, where he taught until 2011.

He represented Greece in several international exhibitions including: The Sao Paolo Biennale, 1980, The Paris Biennale, 1980 and Europalia, Antwerp, 1982.

In 2013 the Benaki Museum organized a large-scale retrospective exhibition of his work.

His works are in a number of private and public collections such as The National Gallery, Athens and The Kouvoutsakis Museum, Athens. 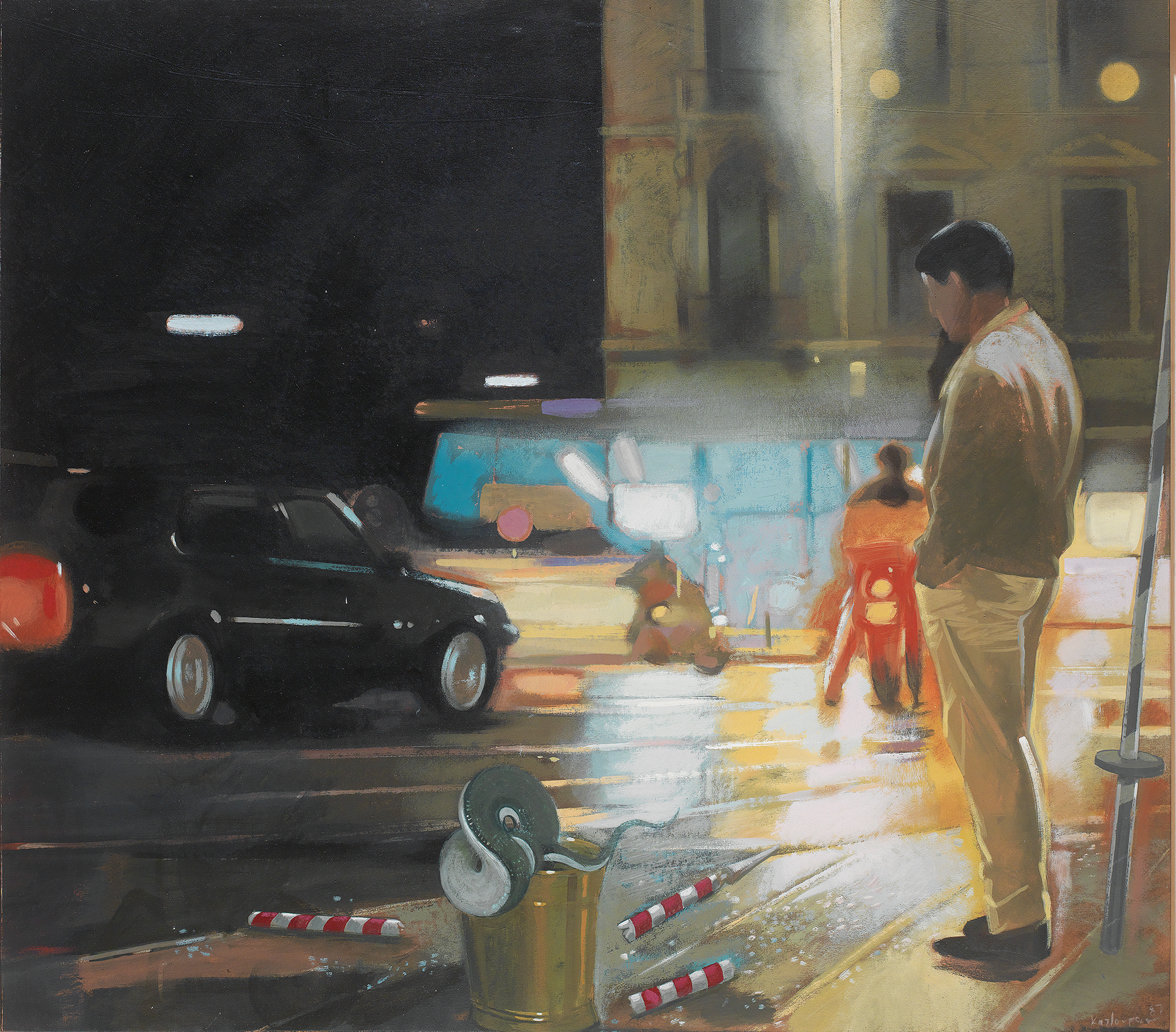