signed and numbered 58/250 on the reverse
16.3 cm high (excluding plexiglas base)

At the tender age of fifteen, in 1931, he had preparatory art lessons to enrol at the School of Fine Arts, Athens, where he studied painting at the studio of Umbertos Argyros. On graduating in 1936 he received a grant from the Academy of Athens to study in Rome for a year. He later moved to Paris and attended painting and fresco classes at the École des Beaux Arts and also mosaic classes at the École des Arts et Métiers.

On the outbreak of the Second World War, in 1939, Moralis returned to Greece and joined the army forces.

In 1947 he began teaching at the School of Fine Arts, Athens where he was elected a professor in 1957, a position he held until his retirement in 1983.

In 1949 he formed ‘Armos’, a group with other artists including: Nikos Hadjikyriakos-Ghikas, Yannis Tsarouchis, Nikos Nikolaou, Nikos Engonopoulos and Panayiotis Tetsis. ‘Armos’ held its first exhibition in 1950 in Zappeion, Athens.

Moralis was an artist that had a definite influence on post war art in Greece, both with his work in the visual arts and his teaching. He has achieved in painting the merge of the classical and modern. Though interested in a variety of thematic categories, such as landscape and still life, his most important work, both in its early realistic figurative depiction and later geometric stage, is first and foremost anthropocentric.

Over the course of his career, Moralis was also involved in theatre set and costume design for the Greek National Theatre and the Greek National Ballet. He also decorated architecture such as the façade of the Athens Hilton and the Mont Parnes Hotel in Parnitha.

In 1965 he was awarded the title of the ‘Grand Commander of the Order of the Phoenix’ and in 1979 the ‘Arts and Letters’ award from the Academy of Athens. 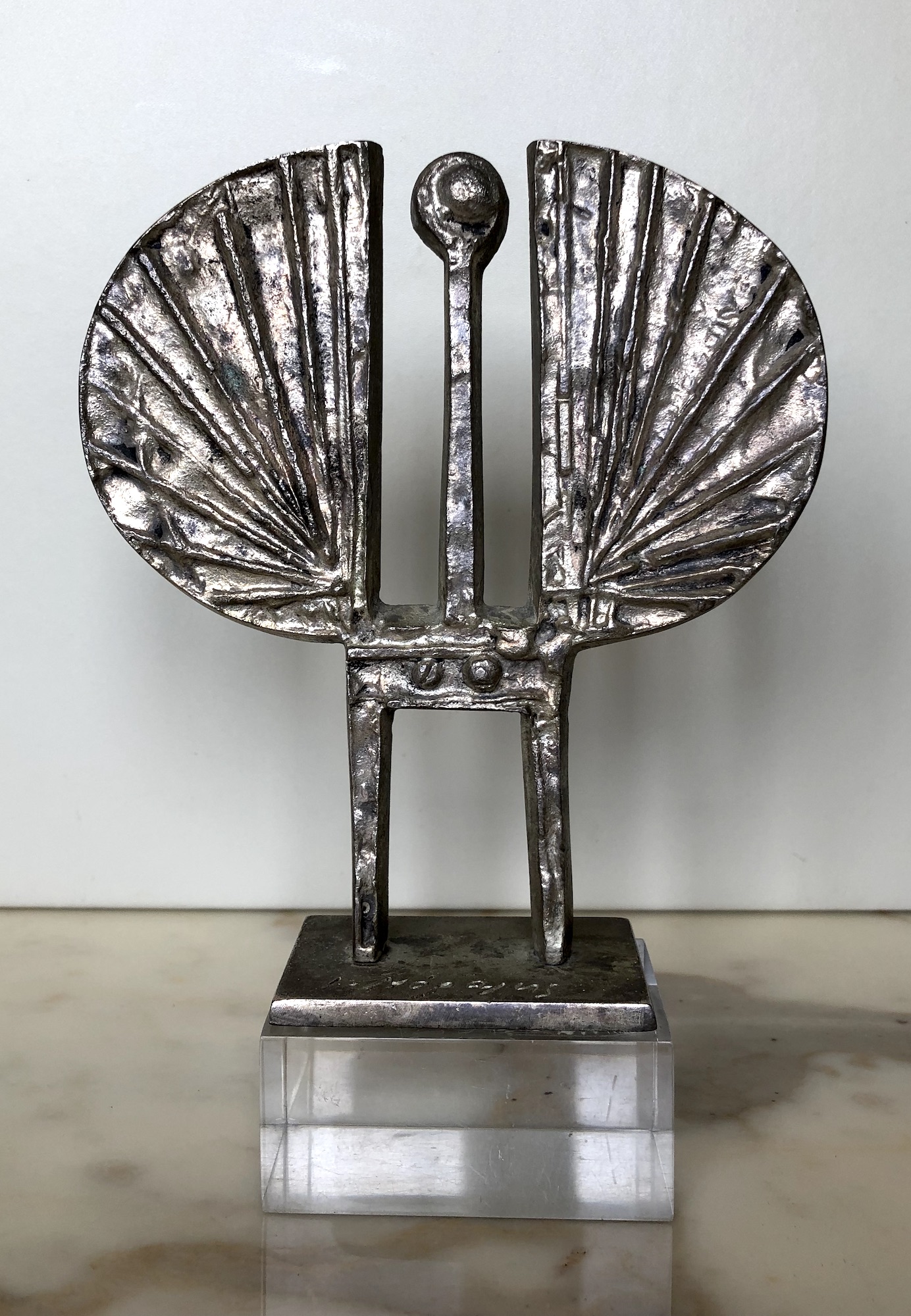