Costas Alexiou was born on the island of Skyros.

In 1941 he enrolled at the School of Fine Arts, Athens, where he studied painting under Constantinos Parthenis and Umbertos Argyros.

Alexiou’s work has a poetic feeling that is expressed through a selective color palette, simplicity and realism.

He worked for the artistic department of Kerameikos and the National Archaeological Museum of Greece. For this reason, a number of his works depict archaeological sites in Greece, like this one. 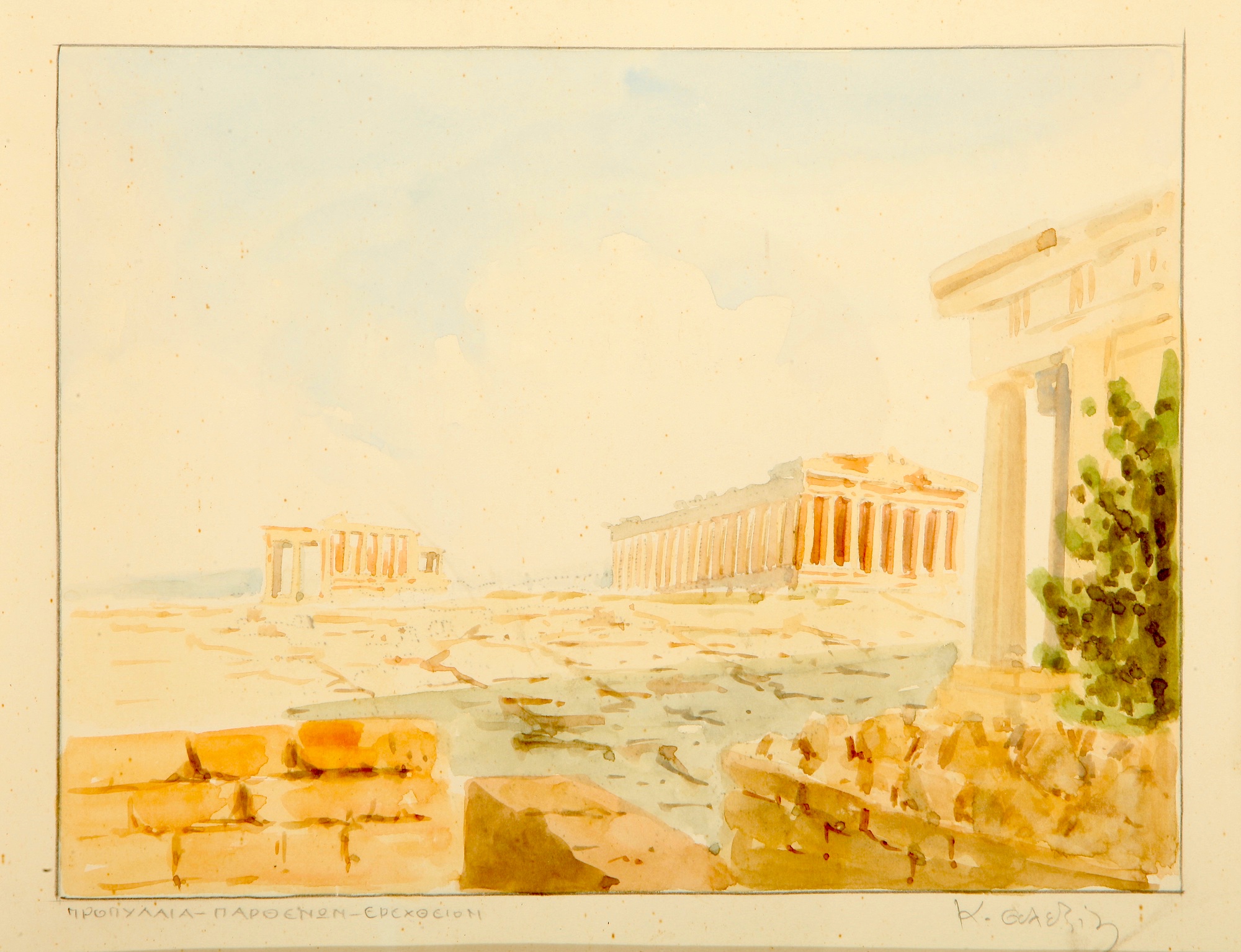