Spyros Papaloukas was born in the village of Desfina on Mount Parnassos and had his first lessons in painting from icon painter N. Papaconstantinou.

Between 1909 and 1916 he studied at The School of Fine Art, Athens under Spyros Vikatos, Dimitrios Geraniotis, Georgios Jakobides, Stefanos Lantzas and George Roilos. During his studies, he was awarded a number of first prize awards.

From 1917 and up to 1921 he continued his studies in Paris at the Academie Julian and the Academie de la Grande Chaumiere.

In 1921, he returned to Greece to participate in the Asia Minor campaign as a war artist together with Pericles Vizantios and Pavlos Rodokanakis. The works were exhibited in 1922 in Zappeion Hall, to the great admiration of art critics and the general public alike. A year later the government decided to transfer the exhibition to Smyrna, and the works were lost in the city’s demise.

Between 1923 and 1924 he visited the monasteries and idyllic scenery of Mount Athos producing a number of works that are considered to be among the most important of his oeuvre.

In the years to follow Papaloukas’s inspiration derived mainly from the Greek landscape of Attica, Mount Parnassos and the islands of Aegina, Lesvos, Paros, Hydra and Salamis.

Together with Constantinos Parthenis, Konstantinos Maleas and Nikolaos Lytras, was a member of the avant-garde, art group ‘Ομάδα Τέχνης’ that introduced the international contemporary art movements to Greece.

Between 1943 and 1951 he teaches freehand drawing at the architecture school of the Aristotle University, Athens and in 1956 he is elected a Professor at the School of Fine Art, Athens.

His work is found in many public and private collections, notably: The National Gallery, Athens; The Athens Municipal Gallery; The Leventis Gallery, Nicosia; The B&M Theocharakis Foundation for the Fine Arts and Music, Athens and The National Bank of Greece collection. 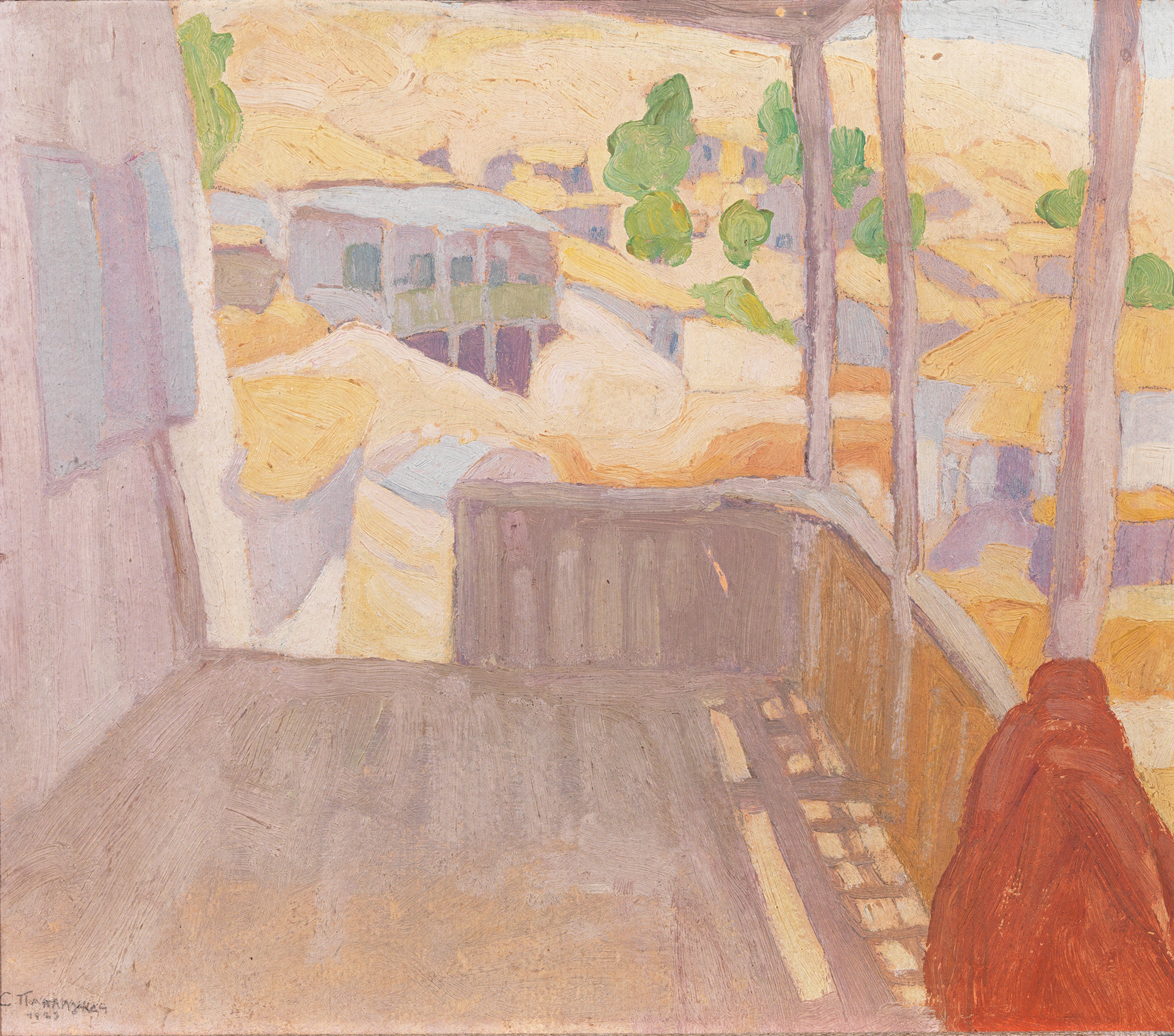