This work was acquired directly from the artist by the present owner.

Stephen Antonakos was born in 1926 in the small village of Agios Nikolaos, Laconia. Four years later, together with his parents, moved to New York and settled down in Brooklyn.

His early work included a series of pillows that combined cloth, text, metal and other found objects. The last pillow in the series incorporated the word ‘DREAM’ in neon, and with that Antonakos discovered his calling.

Two factors were significant in his work: colour and space. The use of colour evolved in the use of neon light.

Antonakos was one of the first artists internationally to experiment with neon. He attempted to use the medium in a reductive, minimalist language, and not as experienced in the large-scale advertisement signs of the city he grew up in.

He used neon as a painter uses paint, minimalist, with fluid lines and saturated colours, orange being one of his favourites due to its strong transforming capacity of space.

His large-scale installations presented in his solo shows ’10 Neons for the Fort Worth Museum’ in 1974 and ‘Documenta 6’ Kassel in 1977 established him internationally.

In later pieces, Antonakos laid neon light behind painted canvases or panels in silver or gold leaf. The technique bathed each work in glowing light, like those self-illuminating figures in Byzantine icon painting, a tradition that long fascinated him. 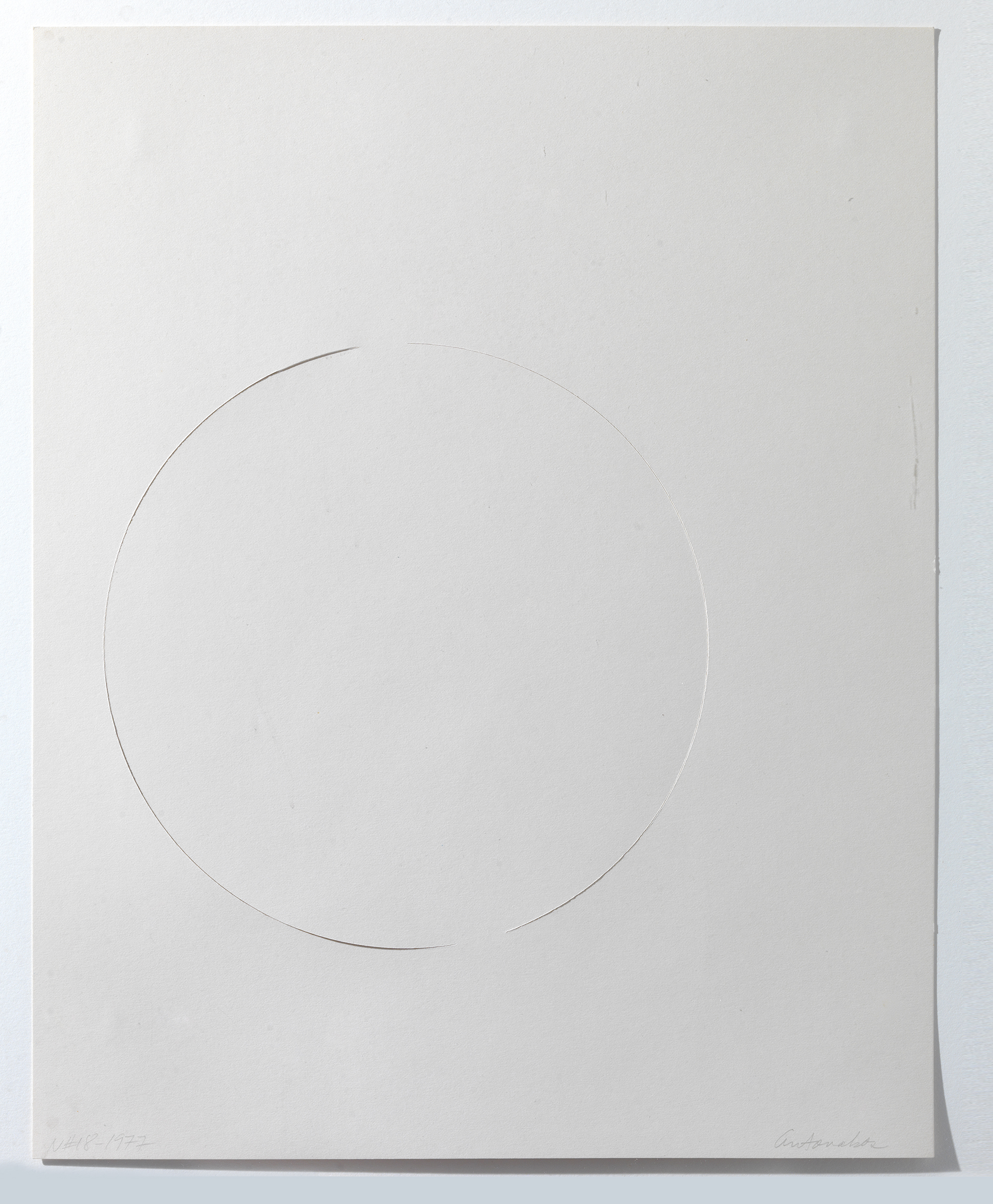