Constantin Xenakis was born in Cairo, Egypt in 1931.

He moved to Paris in 1955 to study architecture and interior design at the Ecole Superieure des Arts Modernes between 1956 and 1957 and later to study painting at the Academie de la Grande Chaumiere between 1957 and 1961.

His early work is influence by abstract expressionism and art informel. He soon enough began to experiment with motion, light and sound, by organizing environments with electro-kinetic constructions and human participation.

By the end of the 1960s he developed a language that would evolve in the years to come: codes, signs and symbols that convey messages and determine ways of communication. The Egyptian hieroglyphics, the Greek, Phoenician, Arabic and other alphabets are elements that will lead him to the finalisation of a personal language.

In 1970 on a DAAD scholarship he relocated to Berlin where he taught at the Schiller College and at the Hochschule fur bildende Kunste. From 1973 onwards, he settled permanently in Paris and taught at the Ecole Normale Superieure de l’Enseignement Technique, Cachan. From 1995 he visited Greece frequently and gradually divided his time between Paris and Athens.

Xenakis exhibited his work in a large number of solo and group exhibitions around the world. He was awarded the title of the ‘Chevalier des Arts et des Lettres’ by the French government. 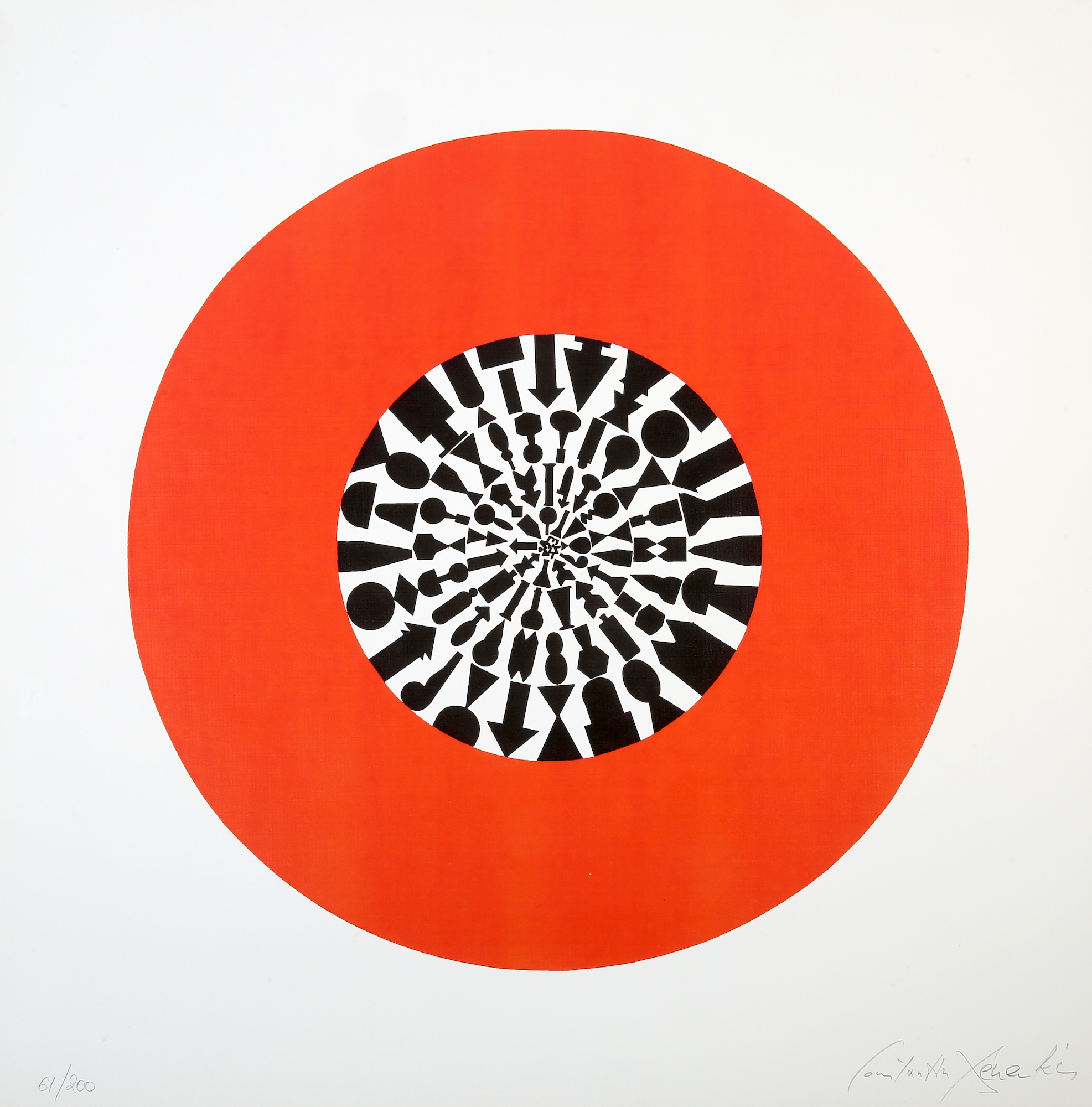