Trees by the river
oil on panel


Othoneos studied at The School of Fine Art, Athens under Nikiforos Lytras and Constantinos Volanakis. After his graduation in 1901, he continued his studies at The Royal Academy of Fine Arts, Munich in the studio of H. von Zugel.

In 1908, he moved to London where he lived for a period of two years before finally returning to Athens.

He is one of the last representatives of the ‘Munich School’, but most importantly one that surpassed its restrictions and depicted Greek nature and its atmospheric variations with poetic feeling, with influences from impressionist, post-impressionist and expressionistic movements.

In 1917, together with Constantinos Parthenis, Konstantinos Maleas and Nikolaos Lytras, was a founding member of the avant-garde, art group ‘Ομάδα Τέχνης’ that introduced the international contemporary art movements to Greece.

Othoneos held a number of solo exhibitions in Athens and participated in a number of prestigious group exhibitions such as the 1918 and 1919 ‘Ομάδα Τέχνης’ and the 1934 and 1936 Venice Biennale. 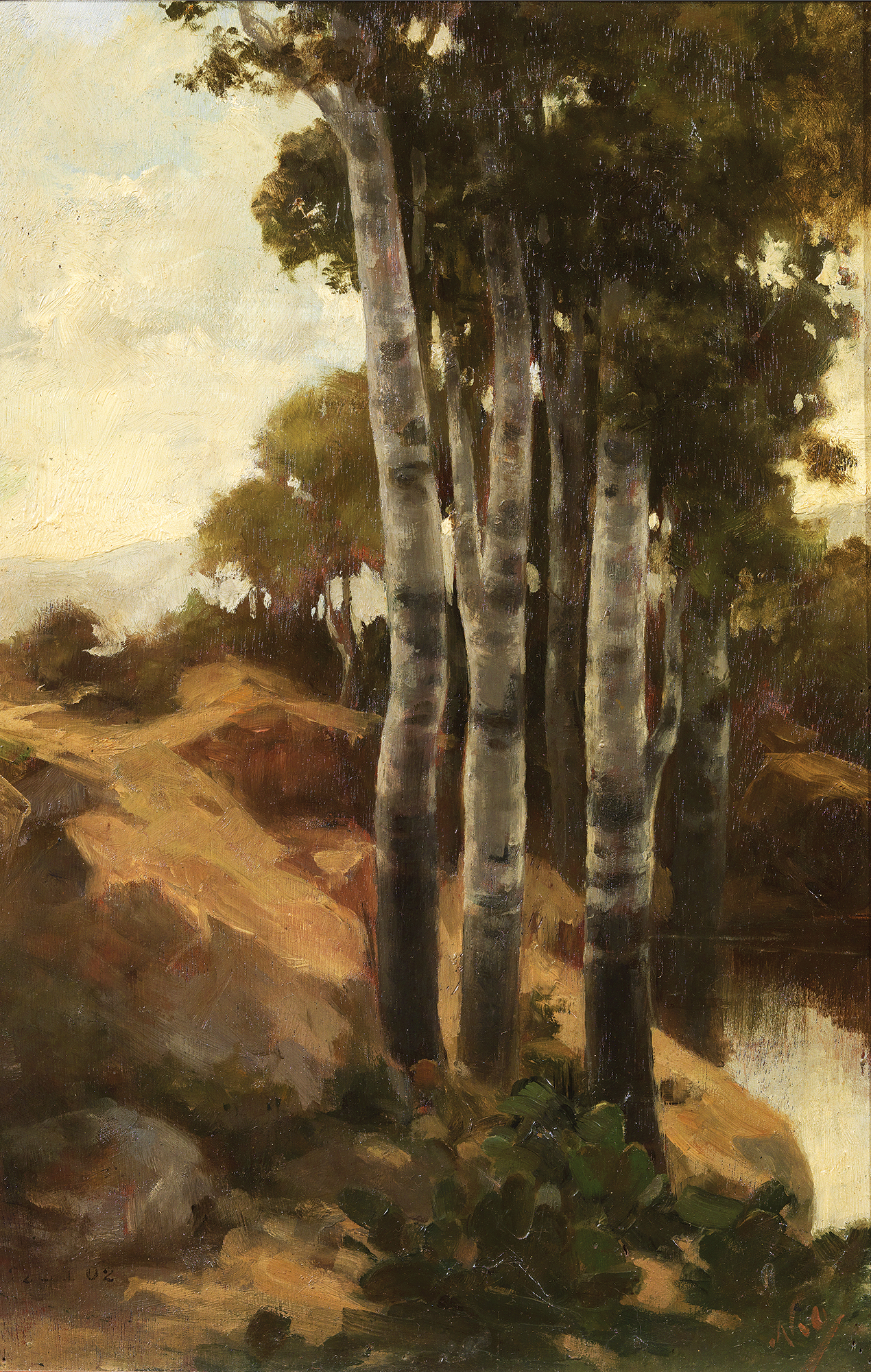