Costin Ioanid came from a family with a strong artistic tradition, as he was the sixth painter in the family and a student of Francis Sirato.
<br/ > <br/ >He was a professor and later the Head of the Department of Monumental Art at the National University of Arts in Bucharest. Ioanid was elected a dean and later a rector (in the sphere of academia this is the highest academic position), resigning in 1966 after the Communist Party regulated the teaching syllabus of the School.
<br/ > <br/ >His work included different mediums such as oil and watercolour painting, wood, metal and ceramic. He additionally worked on large scale religious artwork for churches such as Mavrogheni and Ceauş Radu in Bucharest, the St. Angels Church in Constanţa.
<br/ > <br/ >In Ioanid’s work the virtues and qualities of light are sensed as primordial elements associated to the colours of nature itself. Light shows how the objects produce shadows, suggests relief, densities, proportions, depth, the quality of matter and, which is most important, light favors the colours as main elements of the paintings as witnessed in 'Spetses'.
<br/ > <br/ >Ioanid presented his work in a large number of solo exhibitions in Romania and internationally. His work can be found in The National Museum of Art of Romania and many other public and private collections in Romania and abroad. 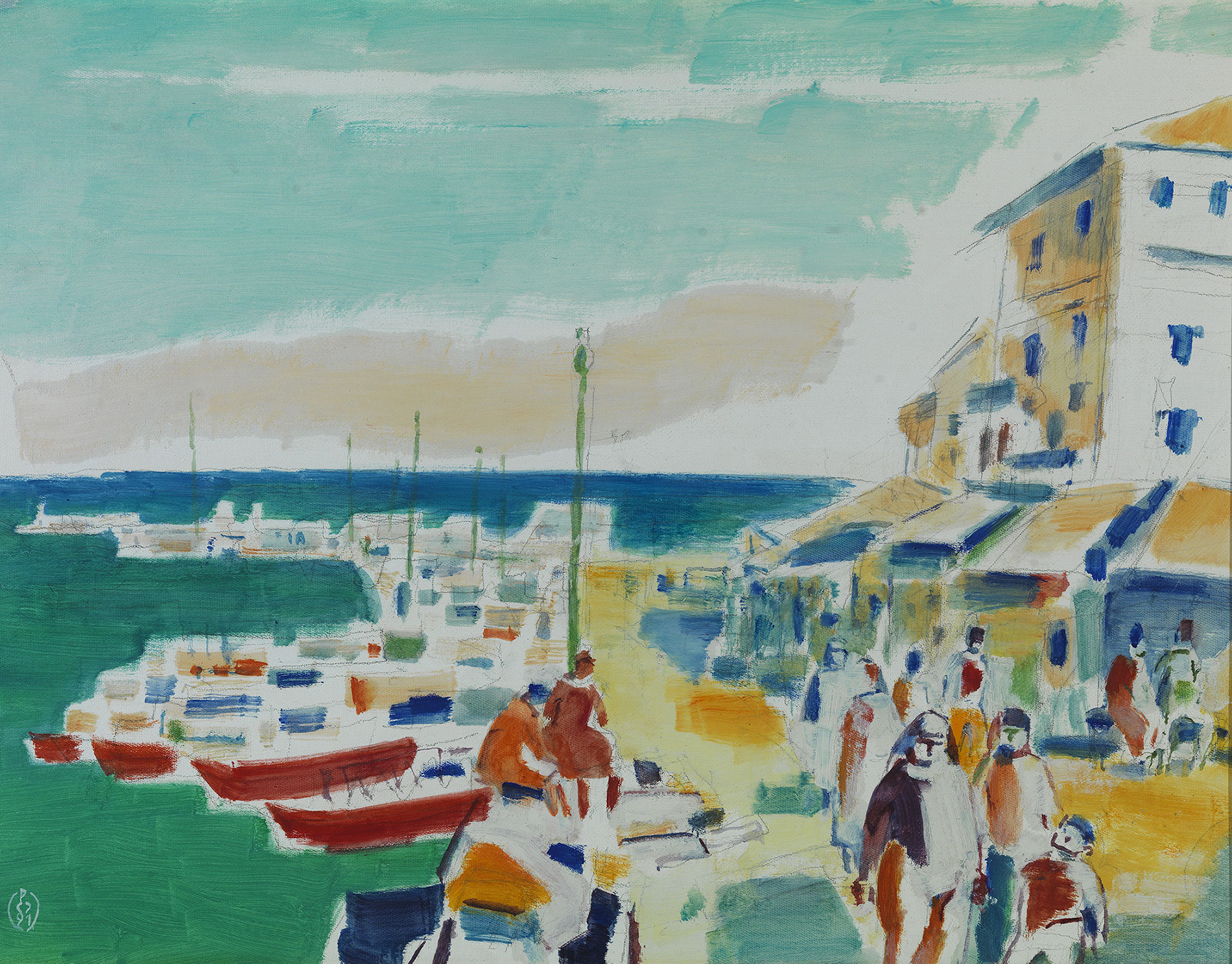