Ilias Lalaounis was born in Athens in 1920, the fourth generation of a family of goldsmiths and watchmakers from Delphi.

After studying economics and law at the University of Athens, he decided to join his uncle’s jewellery firm, where apprenticed as a goldsmith learned the skills that were to determine his future as a master craftsman.

In the 1950s, while Greece was recovering from the war years, Lalaounis vision became clear: he decided to breathe new life into Greek museum artefacts and transform them into jewellery by reviving age old techniques while also introducing the use of modern technology.

His craft would not only be about producing an object of beauty, he would seek to convey the spiritual and symbolic link of an object to its historical past.

Lalaounis founded the Greek Jewellers Association and exhibited his first collection in 1957, the ‘archaeological collection’ inspired by Classical, Hellenistic and Minoan Mycenaean art. With modern jewels steeped in antiquity, this was anachronism at the most refined.

In the 1960s, after his uncle passed away, Ilias Lalaounis dedicated to branch out on his own. He started his own company with its headquarters on Karyatides Street, at the foot of the Acropolis.

Unlike his peers, who favoured diamonds and large stones, Lalaounis found early on his calling in gold, ‘the most human material’ as he called it. His collections, dripping in 18 and 22 carat gold were inspired by the art of many cultures and periods, from prehistoric to Minoan art, from Persian to Byzantine, from Chinese to the art of the Tudors. 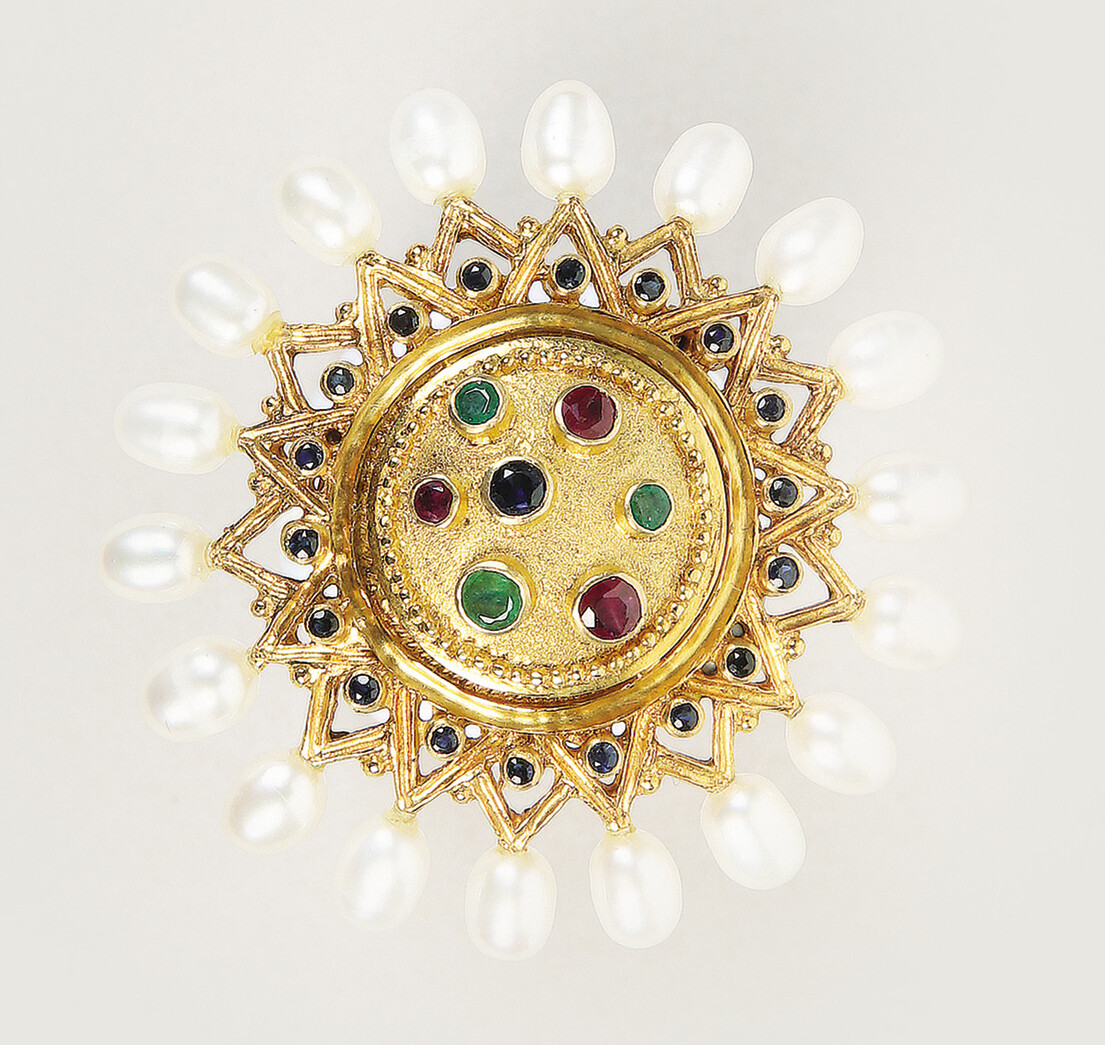