Giorgos Sikeliotis was born in Smyrna and in 1922 moved with his family to Athens. His early childhood memories recall the refugee camps in Kessariani, something that would greatly influence his work throughout his life.

In 1935 he enrolled at the School of Fine Arts, Athens, where he studied painting under Spyros Vikatos and Constantinos Parthenis.

His subject matter revolved around the human figure (both male and female), maternity, family, everyday life and religion. Later in his career, after the 1970’s he worked also on landscapes. He painted mainly in oil, in an expressionistic manner, usually in earthly colours and in combination with black and white.

He held his first solo exhibition in 1954 at the premises of the newspaper Το Βήμα, followed by many more solo and group shows in Greece and abroad, both in Europe and the USA. In 1957 he participated in the Alexandria Biennale and in 1960 was shortlisted for the Guggenheim Prize. 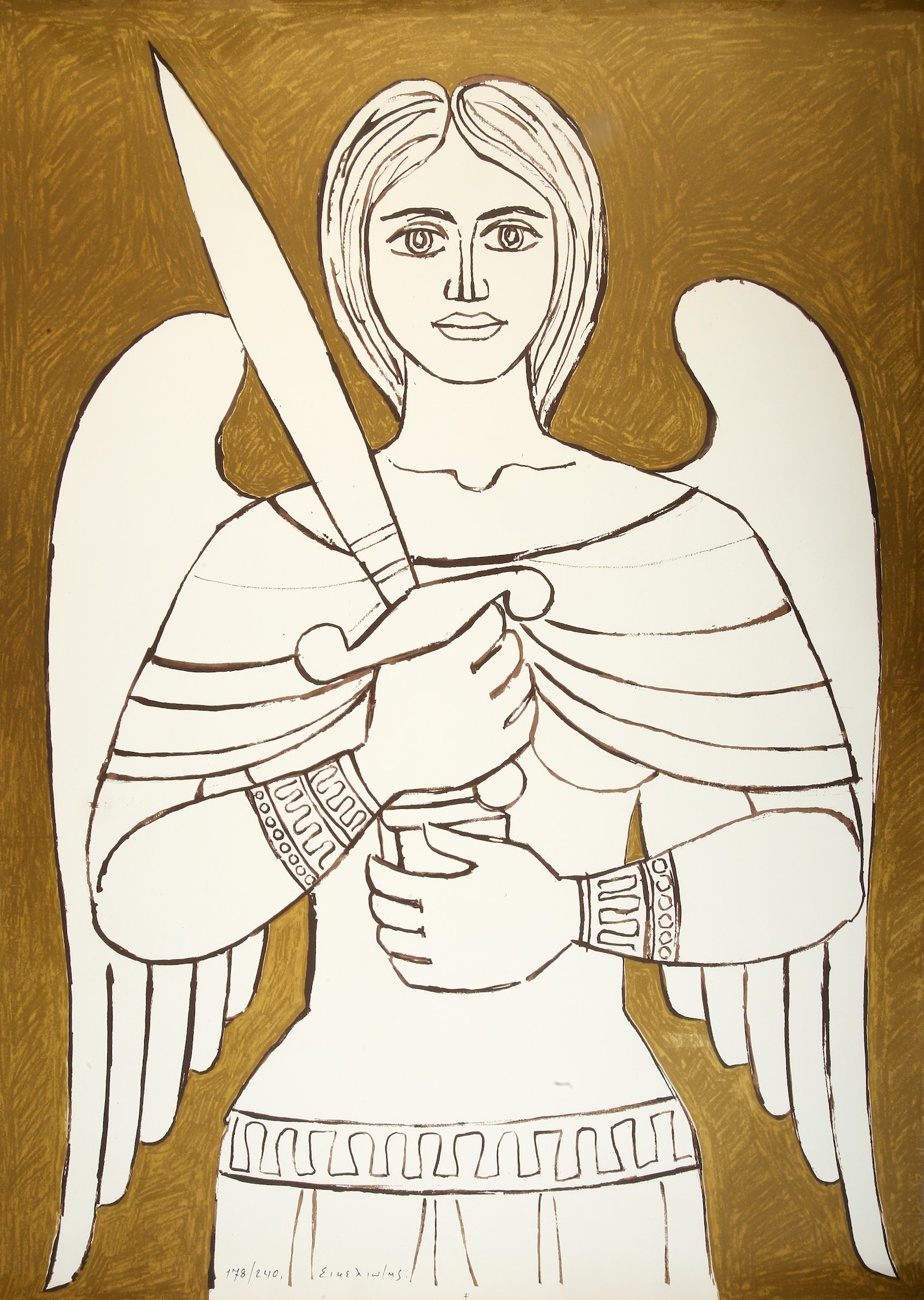