In 1921 he enrolled at the School of Fine Art, Athens to study painting in the workshops firstly of Alexandros Kaloudis and later of Nikolaos Lytras, graduating in 1926.

In 1929, Vassiliou held his first solo exhibition, and in 1930 was awarded the Benaki Prize, from the Academy of Athens, for his design of Agios Dionysios Areopagitis church in Kolonaki, Athens, a project he executed between 1936 and 1939.

With the money he received from the Benaki Prize he travelled to Europe, in the early 1930s, where he was acquainted with the work of Francesco Guardi, Claude Lorrain and Pieter Bruegel that fascinated him and influenced his later work.

Vassiliou is one of the most important of a group of artists, who are collectively referred to as the ‘Thirties Generation'. They are attributed with having created a renaissance of Greek art in the Interwar years, combining the teachings of the European avant-garde while referencing their Greek heritage. Additionally, he is considered one of the first Greek pop-artists.

He represented Greece at the Venice Biennale in 1934 and 1964, the Alexandria Biennale and the Sao Paolo Biennale in 1959. In 1960 he was the recipient of the Guggenheim Prize for Greece. In 1975 and 1983 his work was presented in significant retrospective exhibitions in the National Gallery of Greece.

He has designed the stage sets for more than sixty productions of the National Theatre of Greece and films such as Michalis Cacoyannis’ ‘Elektra’ (1962). 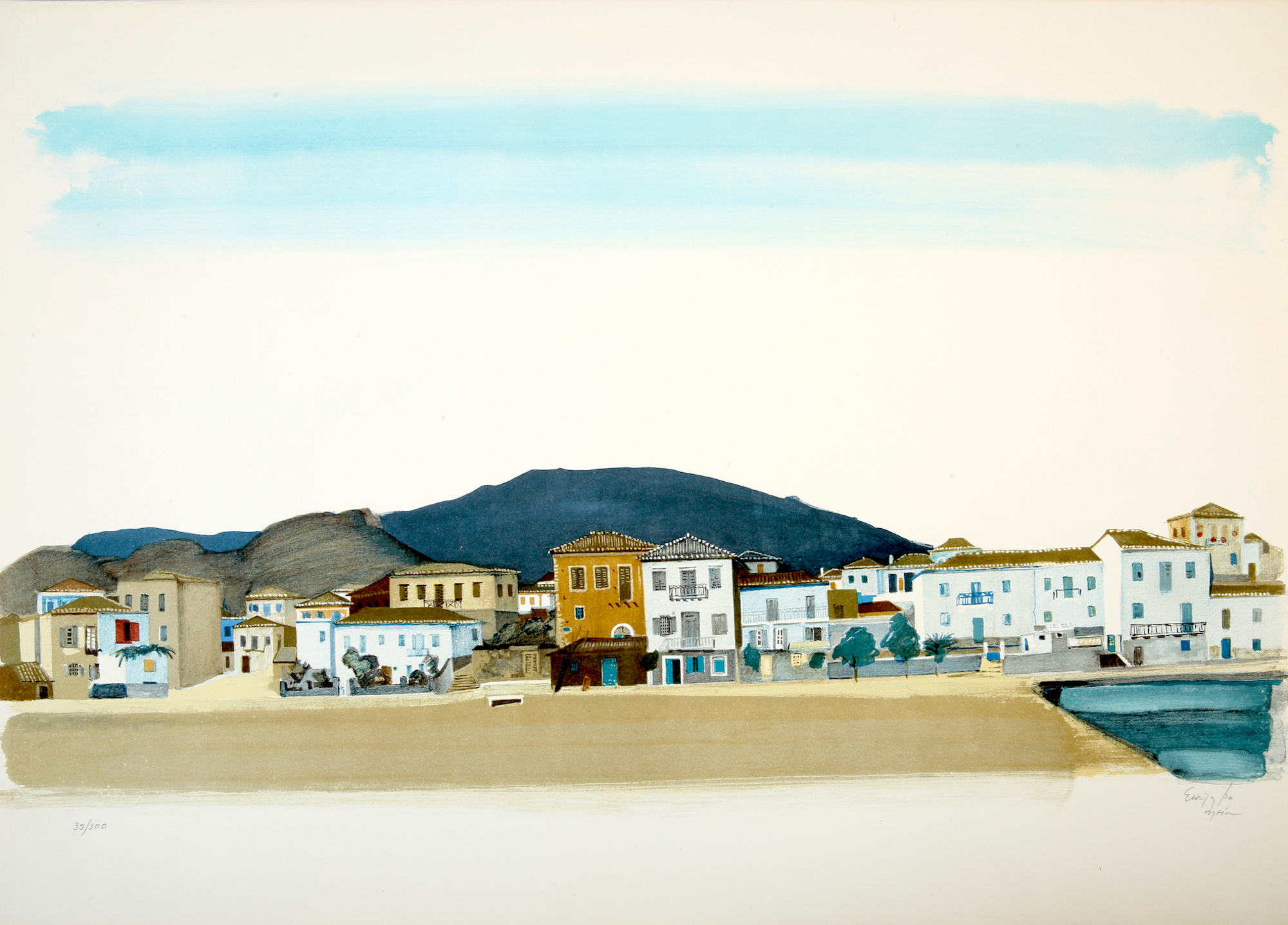