Vase of flowers
oil on hardboard

Spyridon Vicatos studied at The School of Fine Arts, Athens from 1896 till 1898 under Nikiforos Lytras and Spyridon Prosalentis.

Later in 1890 on a scholarship, he went to Munich to study at The Royal Academy of Fine Arts at the studio of Nicholaos Gysis and then with L. Von Lofftz.

From 1909 to 1939 he taught at The School of Fine Arts, Athens. His teaching was in keeping with the academic tradition.

His studies in Munich were instrumental to the development of his work. He was greatly influenced by German impressionism. His work atmospherically explores the antithesis of light and shade through the use of chiaroscuro.

Vicatos held a number of solo exhibitions in Athens and participated in a number of prestigious group exhibitions such as the 1904 Glaspalast in Munich, the 1911 International Exhibition in Rome, the 1934 and 1936 Venice Biennale, 1937 Exposition Internationale in Paris and the 1947 Grekisk Konst Konstakademien in Stockholm.

His works are found in many public and private collections, notably that of: The National Gallery, Athens; The Athens Municipal Gallery; The Leventis Gallery, Nicosia; The Koutlides collection and The National Bank of Greece collection. 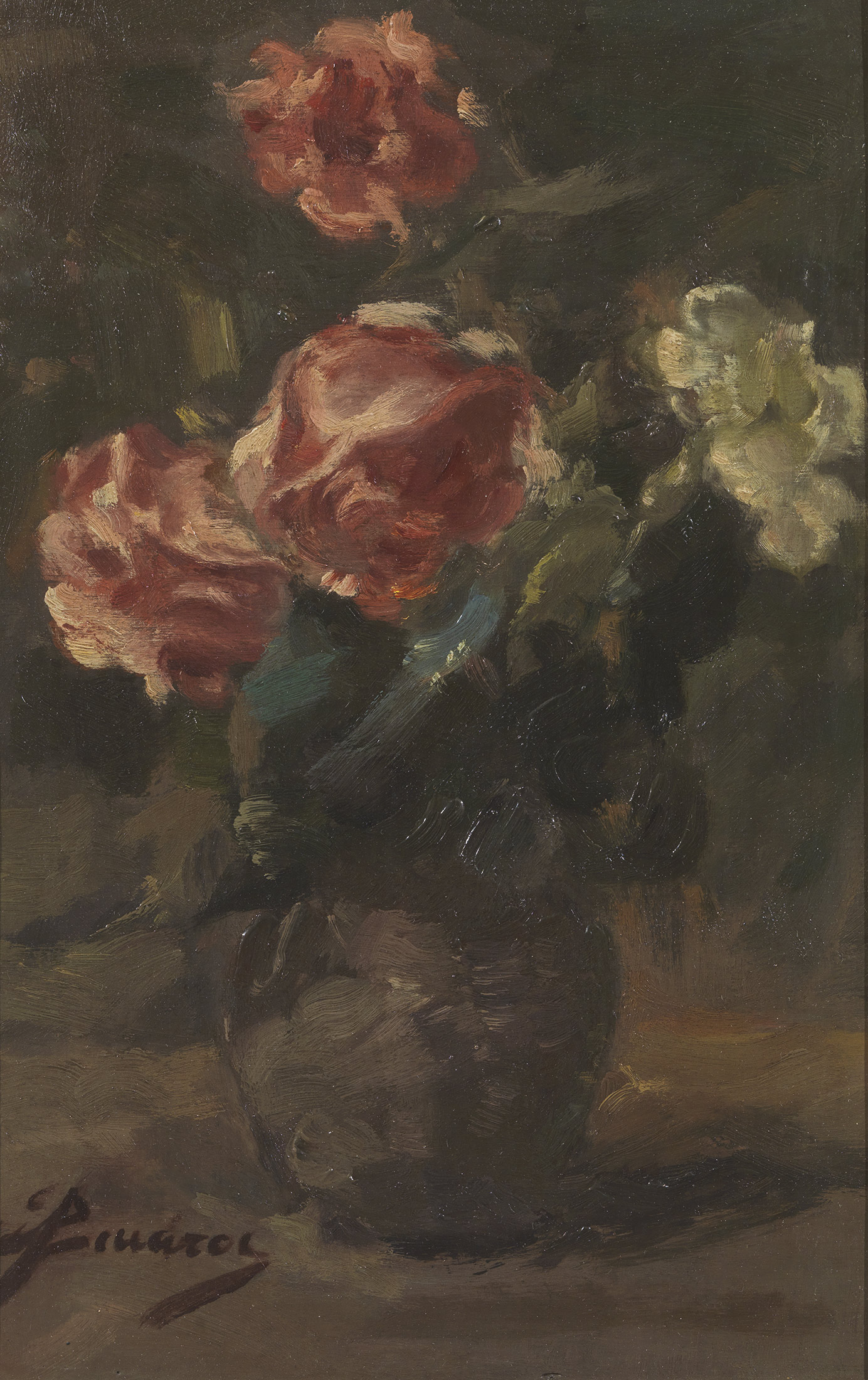