Formerly the property of an Italian collector, acquired from Irene Brin, the owner of the famous L’Obelisco Gallery, Personaggio con fiore is a painting of expansive energy, vibrant colour and expressive thrust. It is a powerful avant-garde work which conveys a sense of joy, wonder and a zest for life. With creative freedom, the artist devised an innovative vocabulary of form transforming fragments of the real and the imaginary into images of eternal value.

The art critic G.C. Argan, who prefaced Kessanlis’ 1957 L’Obelisco Gallery show spoke of the artist’s ‘barbaric byzantinism’. “There is an element of reciting or dancing in these aggressive paintings; a persistent desire for movement according to some sort of inner rhythm that leaves behind something more than a mere image: the glowing or luminous line of movement”.

Nikos Kessanlis was born 1930 in Thessaloniki.

In 1959 he received the Amadeo Modigliani Award, in 1961 an honourable commendation at The Sao Paulo Biennale and in 1997 first prize at the Salon de Montrouge.

Kessanlis held more than 30 solo exhibitions, in Greece and abroad. He has shown his work in numerous international group exhibitions, such as the 1958 and 1976 Venice Biennale, the 1961 and 1963 Sao Paolo Biennale, the1961 ‘Peintres et Sculpteurs Grecs de Paris’, Musee d'Art Moderne Paris, and the 1964 ‘Three Proposals for a New Greek Sculpture’ in Venice. In 1988, together with Vlassis Caniaris, he represented Greece at The Venice Biennale. 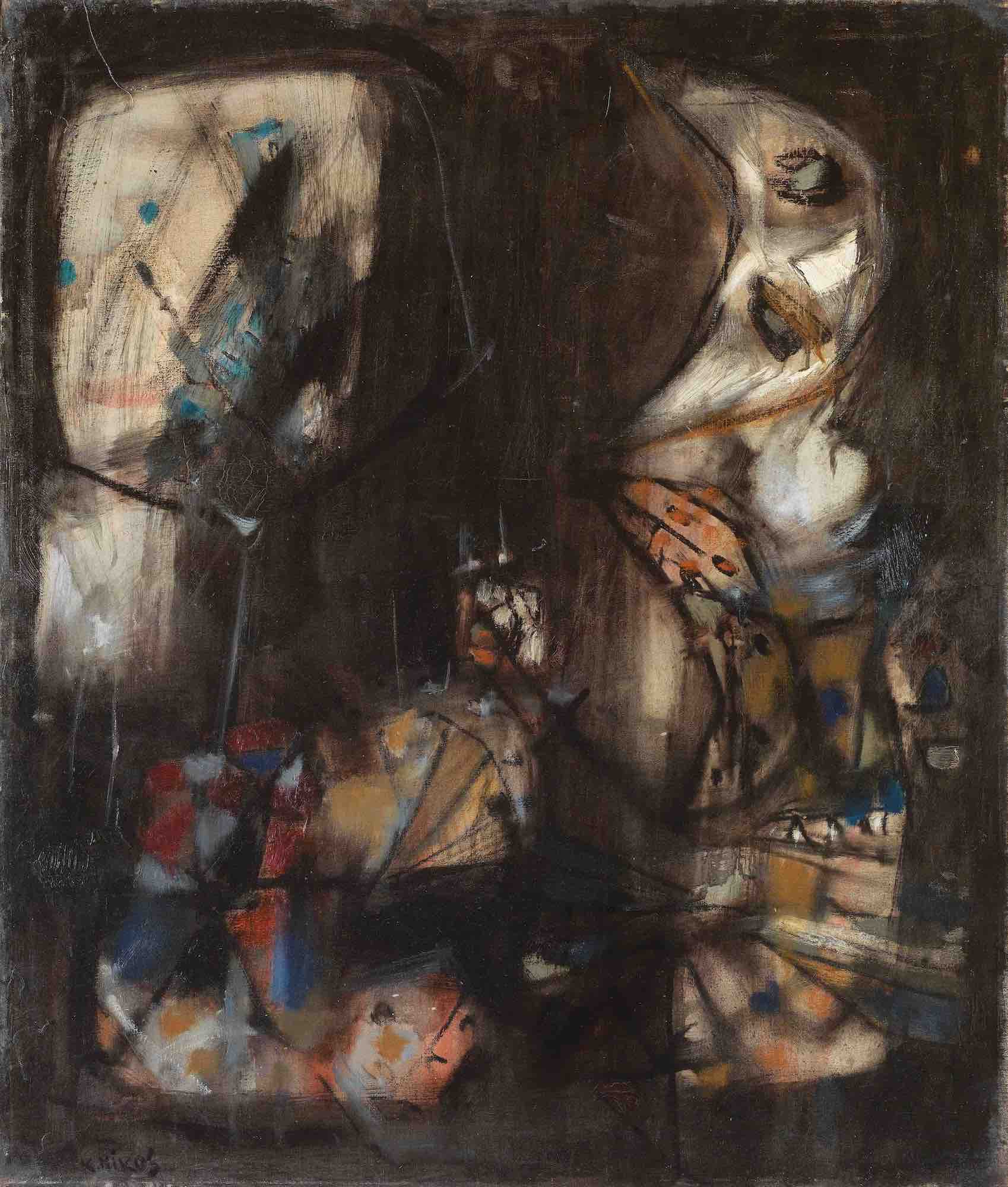