Georgios Golfinos was born in Velo, Corinthia in 1948.

He enrolled at the School of Fine Arts, Athens in 1975, studying in the workshop of Yiannis Moralis. A year after his graduation he continued his studies in Paris at the École des Beaux-Arts, between 1981 and 1984.

In 1998 he was appointed a professor of pictorial and applied arts at the School of Fine Arts, University of Thessalonica, and from 2005 he held the position of head of the school.

His work is characterised by an intense expressionist style, abstract configuration, and bold colour. Influenced by expressionism and naturalism, his work is supplemented by solid geometric symbolism. Water element is a work from a series that Golfinos developed in the early 1990s, water being the subject matter.

His work is found in many public and private collections such as the National Gallery of Greece. 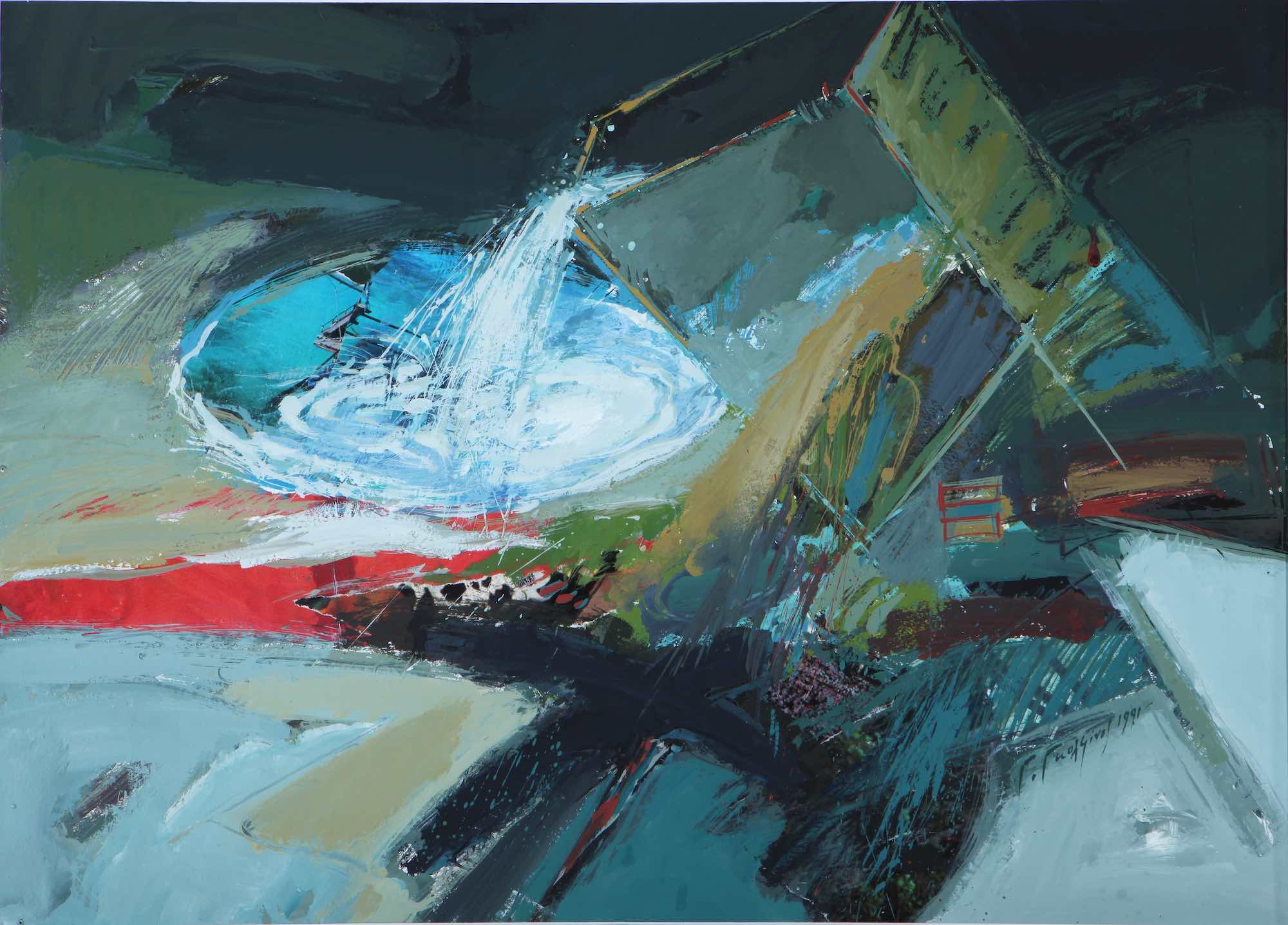