Yannis Maltezos was born in 1915 in Smyrna. During the Asia Minor catastrophe, he moved to Crete with his family where he stayed for six years and then moved to Athens.

He initially attended painting lessons with Pericles Vyzantios and then continued his studies at the School of Fine Art, Athens.

His first paintings exhibited at the 1939 Pan-Hellenic Exhibition included landscapes and still lifes painted with an expressionistic language and abstract tendencies. In the years to follow Maltezos’ work had a research character which by the mid-fifties led to a full abstract language.

In 1959, Maltezos settled in Paris where he lived and worked until the end of his life.

His painting style belongs to the European tradition of abstraction characterised by expressive gestures, rich colour and texture that create surfaces full of emotional tension, always aware of the final aesthetic result. He developed the idea of a ‘painting construction’ resulting from the gestural use of high-density materials and the arrangement of successive colour coatings on the canvas.

At a later stage, he created relief compositions through which various shapes and labyrinthine clusters emerged and ‘vibrated’ on the painting surface. He is one of the most important abstract artists of his generation. 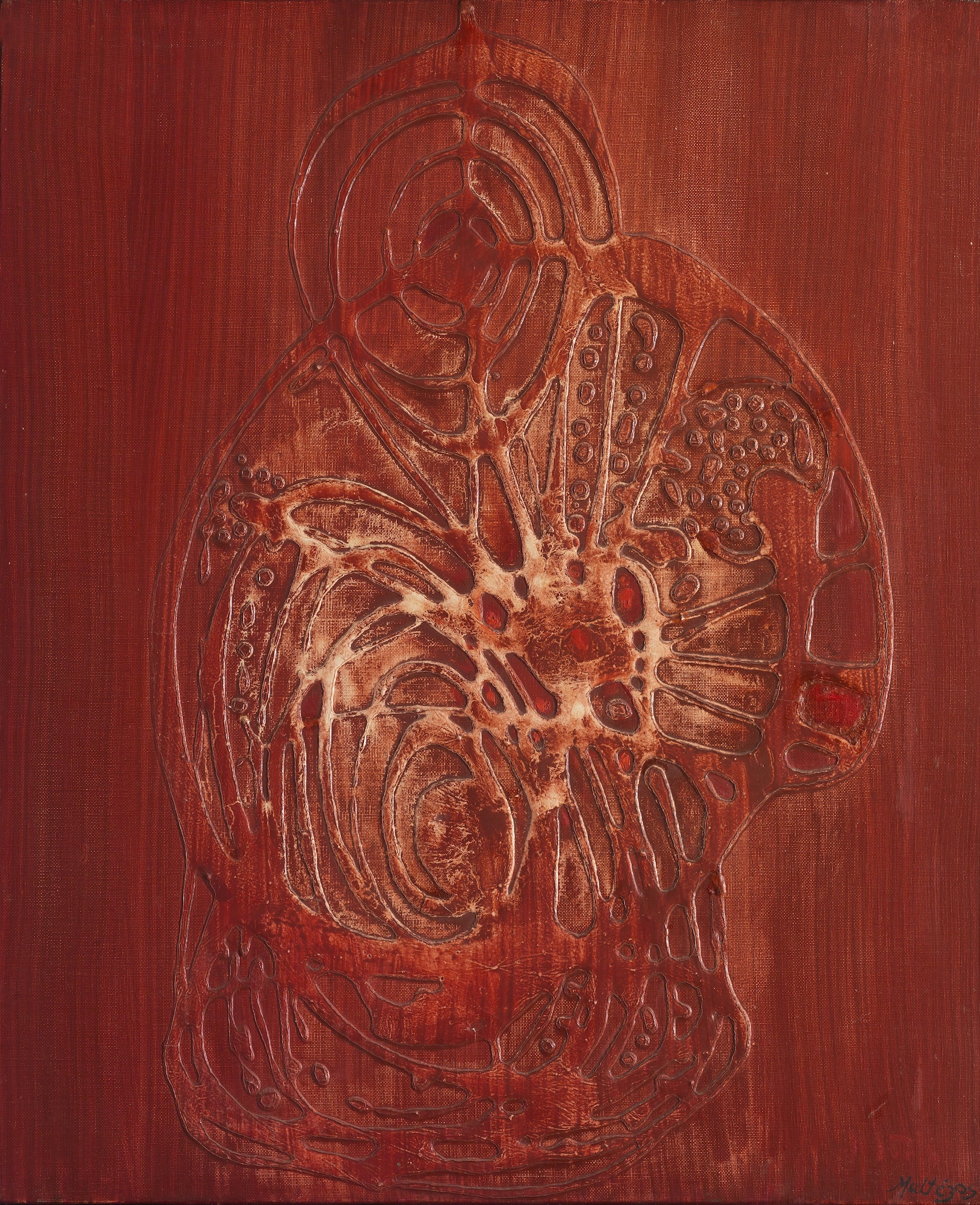