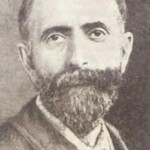 Jacques Theodore Ralli was born in Constantinople in 1852, into a grand old family that descended from the island of Chios.

Although the young Theodore showed an early inclination towards painting, his family environment channelled his studies in the business field to work in the family business.

After completing his secondary education at the Theological School of Halki he continued his studies in London. Soon he realised his great love towards painting and decided to change his career route. In 1870 he was already in France and after a short stay at Marseilles he settled down in Paris. Between 1872/1873 and 1880 he studied painting with the great orientalist Jean-Leon Gerome.

In 1873 he exhibited at the Salon de Refuses and two years later he was accepted to exhibit at the prestigious Salon de Paris where he exhibited until the end of his life (Salon des Artists Vivants 1875-1880, Exposition de la Societe des Artistes Francais 1881-1909).

His visit in Greece in the Spring of 1876 inspired the paintings he exhibited the next year in Paris; the works with Greek subject where highly praised by the French critics. Simultaneously he painted works of Oriental subject.

The fact that Ralli had roots from Constantinople urged him to travel yearly to places like Mount Athos, Egypt, Palestine, Algeria, Syria and Asia Minor. He returned to Paris with sketches or even photography that helped him to compose his paintings. Additionally, he travelled around Europe to study the masterpieces in the Museums as well as the art of his contemporaries.

He exhibited extensively in Europe and especially in the United Kingdom, where at the time was the main market for Oriental works: at the Royal Academy of Arts, London between 1879-1883, and also in Liverpool, Manchester, and Glasgow. Additionally, he exhibited in Brussels (1887), Ghent (1892) and from 1881 onwards in the French province.

Ralli kept a studio in Cairo where he spent the winter months from the late 1880’s to 1904. He taught painting and drawing and was greatly involved in the local art scene. It was by his initiative that the Cairo Exhibition was organized from 1891 onwards that was of great success especially within the foreign community of the city. In 1896 he participated in the first Alexandria Exhibition.

In 1881 he wed Ioulia Mavrokordatos, in London and one year later they had their only daughter Ina (Aikaterina). Sadly, his wife died in 1888 at the young age of 29. His second marriage in 1895 with Maria Mavromichalis ended in divorce.

Ralli was a cosmopolitan man, a ‘man of the world’, highly respected in the French artistic circles and with close friendship bonds with men of intellect and well-known artists such as Jean-Joseph Benjamin Constant and Jean-Jules-Antoine Lecomte du Nouy. He donated the amount of 15000 francs to the Societes des Artists Francais to establish an award for new artists entering the Salon, an award that is awarded until today.

His work is found in many public and private collections, notably: The National Gallery of Greece, the Leventis Gallery, the Averoff Gallery, the Koutlides Collection and the Katsigras Art Collection. 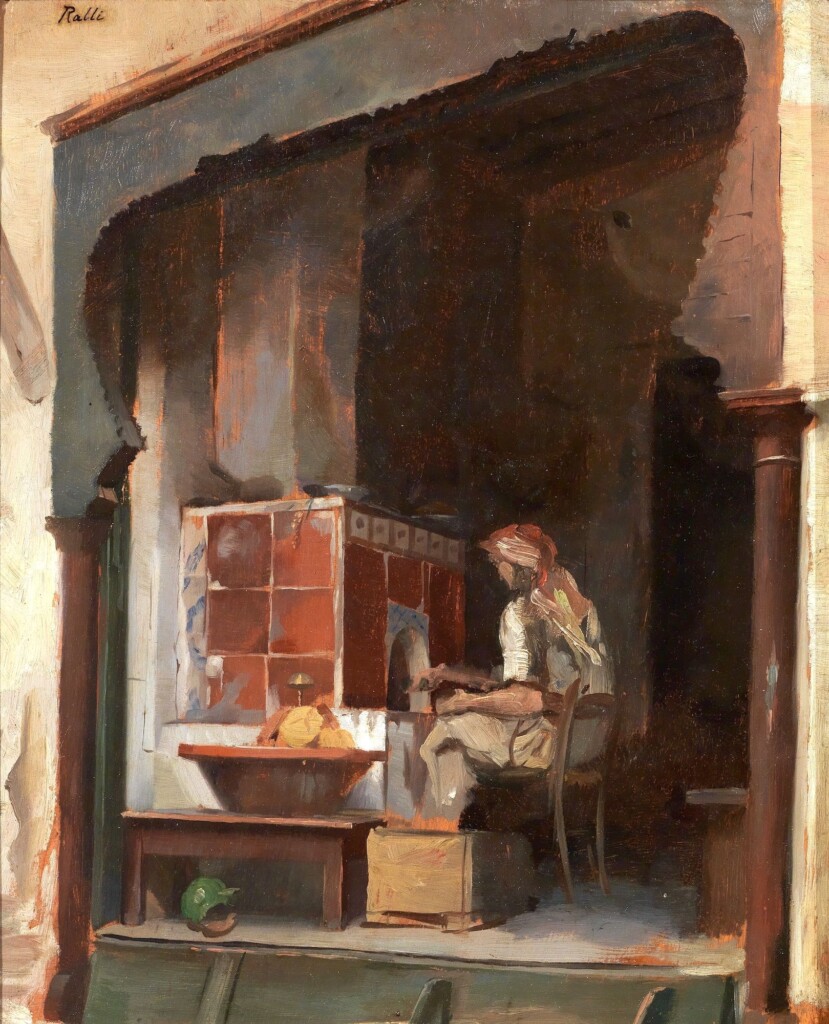