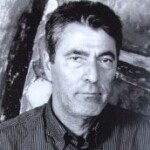 Pavlos Samios was born in Athens in 1948.

Between 1969 and 1972 he studied with Nikos Nikolaou and Yiannis Moralis at the School of Fine Art, Athens. In 1978 he settled in Paris where he remained until 1992.

His subject matter was inspired by Greek everyday life; the traditional Greek cafes with billiards and gamblers, lumberjacks and fishermen, couples on the beach, traditional chairs and tables with ouzo meze or fruit. Monumental elongated figures, with small heads and expressive hands, reside in his paintings which praise both the simple joys and the everyday struggle of life.

His compositions evolve in a space where there are no traces of renaissance perspective, but there is a clear sense of depth. The subject of the space of Pavlos Samios is precisely this state of suspense, this point in time on the cusp of the moment when the shape rises from within you, to leave its trace on reality. Each object even the most insignificant, becomes in this way the fragment, the shell of a Protean inner world.

In 2000 he was appointed professor in the Workshop for fresco, Byzantine icons and manuscripts at the School of Fine Arts, Athens.

His work can be found in The National Gallery of Greece, The Municipal Gallery of Rhodes, the Averoff Gallery, the Vorres Museum, the Macedonian Museum of Modern Art and other public and private collections. 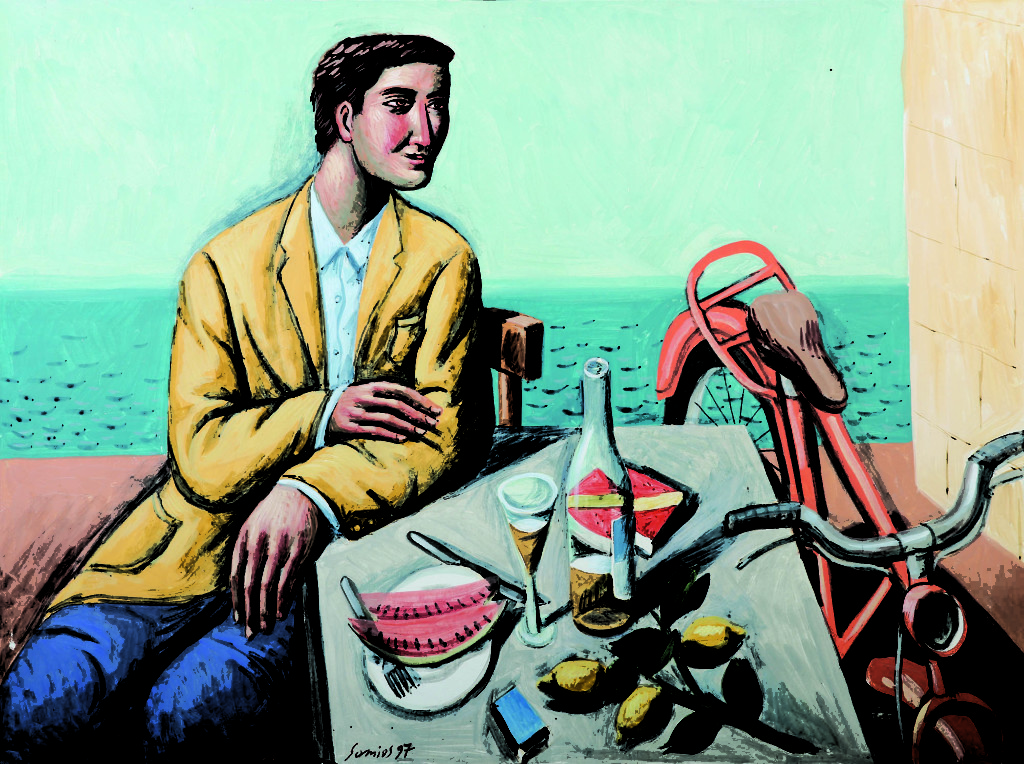