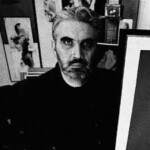 Dimitris Perdikidis was born in Piraeus in 1922.

He studied painting at the School of Fine Arts, Athens under Constantinos Parthenis and Umbertos Argyros, between 1946 and 1950. On a Spanish government scholarship, he continued his studies at the Real Academia de Bellas Artes de San Fernando in Madrid between 1953 and 1956. He lived in Spain for about thirty years.

His early influences in Spain derived from the work of Domenikos Theotokopoulos, Diego Velazquez, the works of the ‘black period’ of Francisco Goya and the contemporary Spanish art scene.  He was involved in the Spanish avant-garde groups, Madrid’s ‘El Paso’ and Barcelona’s ‘Dau al Set’ who openly criticised Franco’s regime.

His first solo exhibition, in 1957, at the Museo de Arte Moderno in Madrid was highly praised by art critics. In 1958 he was awarded the national award of Escuela de Artes Graficas and in 1961 his solo show at ‘Ateneo’ won the first prize of the Spanish Art Critics Association that awarded the best solo show of the year.

His early work deals with the image, a figurative language with symbolic references, sensitivity on political matters and social concerns. After 1959 his painting developed to a very personal lyrical abstract expressionism and from 1966 onwards is dominated by realistic criticism of social, political and cultural phenomena of modern times. In his last period (1980-1989) he invented a language of clear geometric shapes, some in relief form, achieved by various painting techniques, collage and overpainted images.

Perdikidis presented his work in more than twenty-five solo shows in Spain, the United States, the United Kingdom, Cyprus and Greece and participated in a large number of group exhibitions, notably, the 1961 Sao Paolo Biennale and the 1964 and 1966 Venice Biennale.

In 2002 the Macedonian Museum of Contemporary Art organised a large-scale posthumous retrospective of his work titled ‘Dimitris Perdikidis and the Spanish Avant-Garde’. 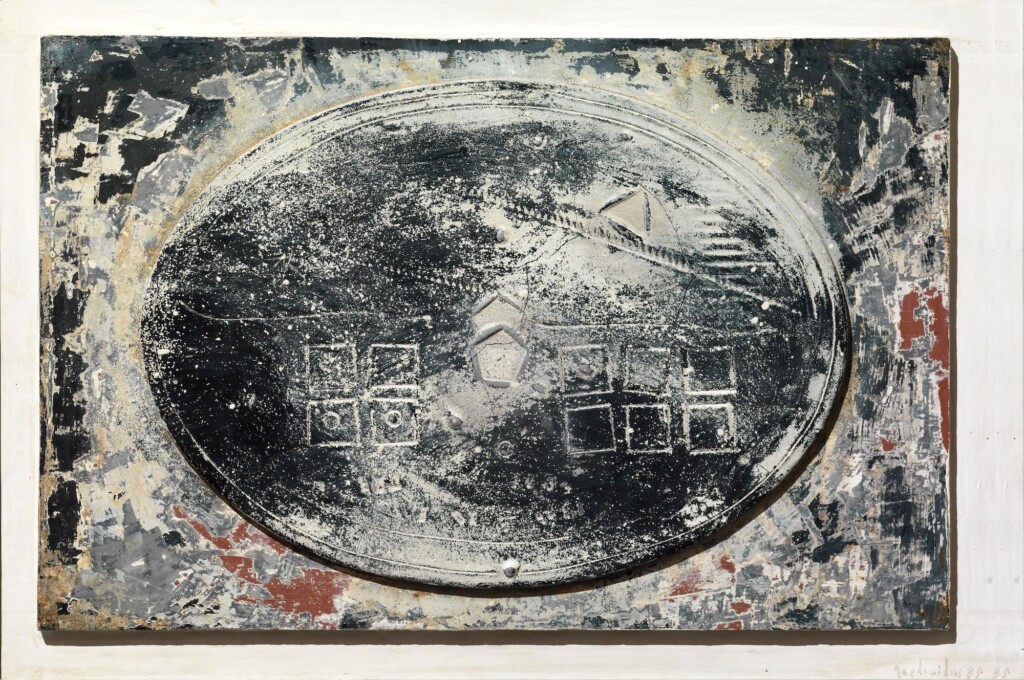