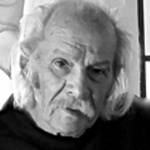 Christos Caras was born in Trikala, Thessaly in 1930.

He studied Political Sciences at the Panteios School from 1948 to 1950. In 1951 he enrolled at the School of Fine Arts, Athens, where he studied painting under Yiannis Moralis and Andreas Georgiades and sculpture under Yiannis Pappas, graduating in 1955.

In 1957, on a state scholarship, he studied fresco at the École des Beaux-Arts in Paris. He remained in the French capital until 1963. During this time, he travelled extensively in Belgium, Holland, Spain, Italy and the United Kingdom. Between 1973 and 1975 he relocated to New York on a scholarship from the Ford Foundation, travelling throughout the United States and Canada.

From 1959 Caras experimented with gestural painting and collage. After his return to Greece, in 1963, neo-representational elements and the human figure appears in his oeuvre. This is communicated through abstract configuration, bold colour and works that referred to the evils of war and the threats of modern reality, joining the highly charged politicized atmosphere of the time. His work remains anthropocentric and a reflection of the human condition to this date.

In 1963, together with other artists, Caras founded the group ‘Tomi’ and in 1976 the ‘Artists Union’. In 1963 he participated in the organisation of the first ‘Congress of the Greek Artists of Plastic Arts’ and 1977 in the symposium ‘Establishment of a Contemporary Art Museum in Greece’. 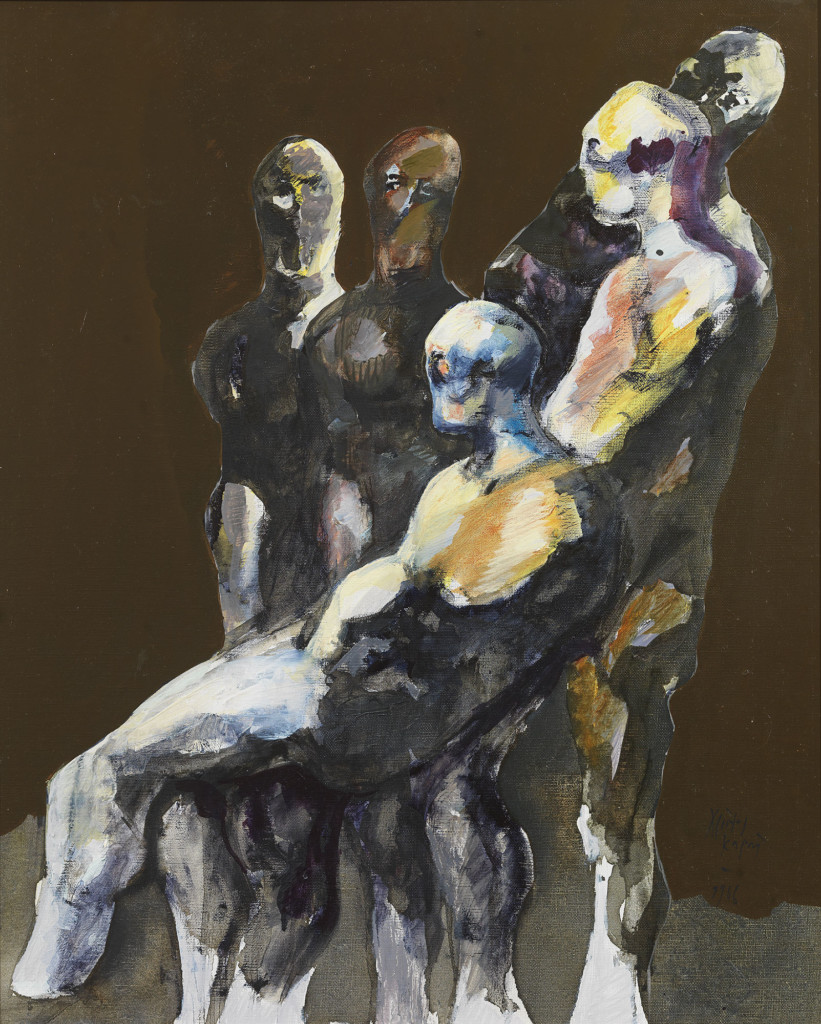