A copper engraving of the same subject was later issued by the artist.

Sarandis Karavousis studied painting at the School of Fine Arts, Athens between 1959 and 1963, under Yiannis Moralis.

In 1967 he was awarded a scholarship by the French government to study in Paris at the École des Beaux-Arts. He furthered his theoretical studies at the École Pratique des Hautes Études and the École du Louvre.

His work is characterised by a pervasive sense of mystery, symbolism, enigma, and the powerful persistence of memory, while he references Morandi, Giorgio de Chirico, Carlo Carra and the legacy of Greek history. In his personal language, one can observe sensitive tones, an inner lighting and an artificial perspective. This perspective play creates a mystical atmosphere that transforms the realistic depiction into metaphysical poetry.

From 1967 onwards, he divides his time between Paris and Athens. In 1984 he was awarded the Drouant-Cartier award.

Karavousis held many solo shows in Greece and France and participated in many prestigious group exhibitions such as: The 1974-1990 Salon Comparaisons, Paris, the 1975-1987 Salon de la Societe National des Beaux, Arts, Paris, the 1977 and 1978 FIAC, Paris, the 1979 Sao Paolo Biennale, the 1990 Bibliothèque Nationale, Paris and the 1993 ‘Art & Patrimoine’ exhibition in Paris, just to name a few.

His work is found in many public and private collections, notably: The National Gallery, Athens, the Athens Municipal Gallery, the Averoff Gallery, the National Bank of Greece, the Goulandris Museum of Contemporary Art, Andros, the Musée d’Art Moderne, Paris and the Bibliothèque Nationale, Paris. 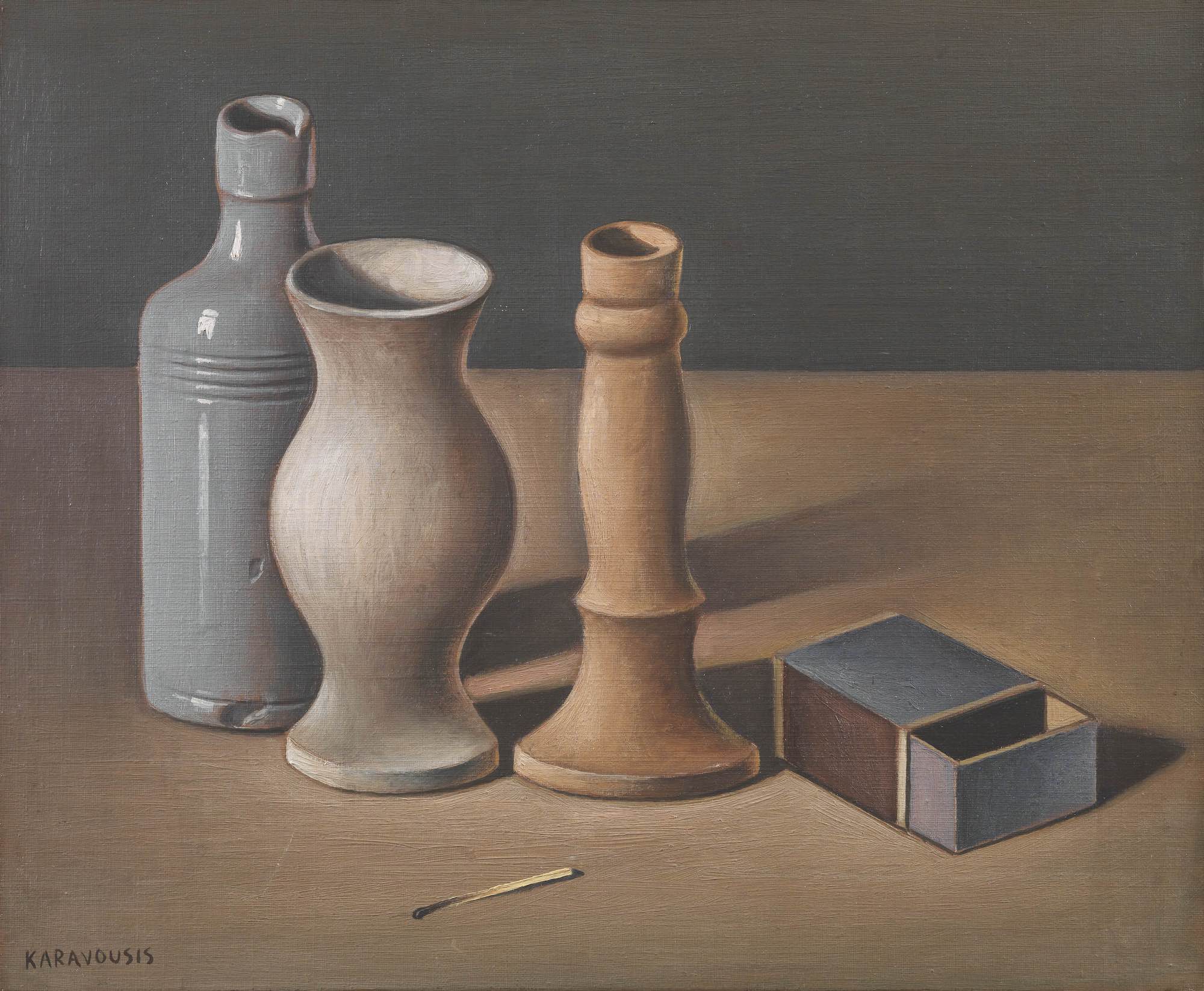