Untitled (2)
pencil and acrylic on paper

Dimitris Mytaras was born in Chalkida in 1934.

Between 1953 and 1957, he studied painting at the School of Fine Art, Athens under Spyros Papaloukas and Yiannis Moralis. On a Greek State Scholarship, he continued his studies in Paris, at the Ecole des Arts Decoratifs where he studied stage design between 1961 and 1964.

His early work during the Greek military junta period (1967-1974) was dominated by critical realism featuring the use of photographic documents, a limited palette and a political narrative.

Immediately afterwards expressionistic elements and vivid colours would dominate his largely anthropocentric work. His tendency towards abstraction, his drawing freedom and colour tensions coexist with an acute painting perception. His emphasis on visual qualities throughout his work, reveals a deeper relationship with the traditional values of painting.

Between 1964 and 1972 he taught interior design at the Athens Technological Institute. From 1969 onwards, he taught painting at the School of Fine Art, Athens where in 1977 he was appointed a professor and later, between 1982 to 1985, a dean.

He has exhibited his work in many solo exhibitions both in Greece and abroad, and participated in more than 30 international group shows, including the 1958 and 1966 Alexandria Biennale, the 1960 Biennale for Young Artists in Paris, the 1966 Sao Paolo Biennale and the 1972 Venice Biennale. 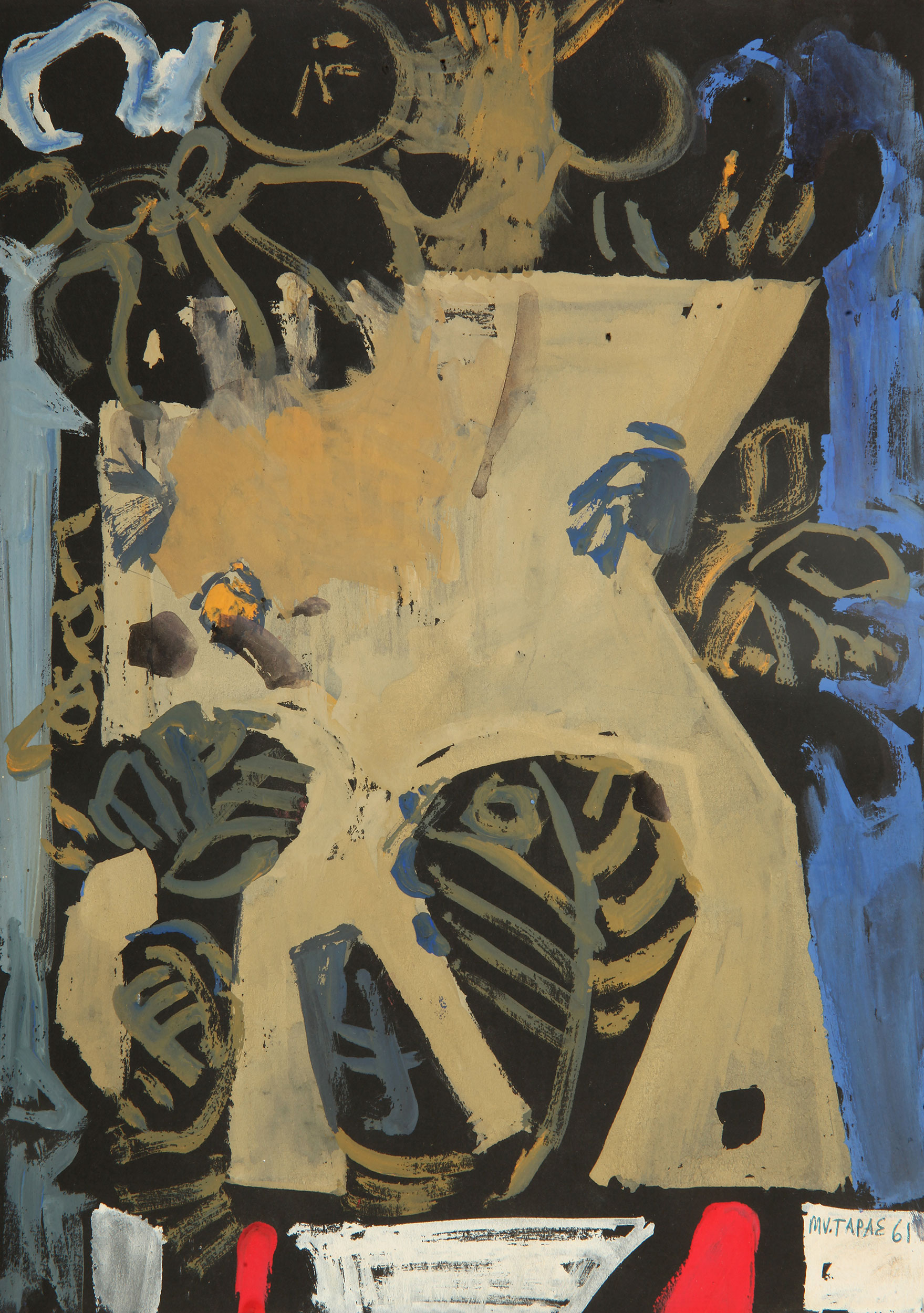