This work was acquired directly from the artist by the present owner.

Chryssa was born in Athens in 1933. She studied in Paris at the Académie de la Grande Chaumière between 1953 and 1954, and continued her studies at the School of Fine Arts, San Francisco. Later she settled down in New York.

Chryssa's first major work was The Cycladic Books, a series of plaster reliefs which the French art critic Pierre Restany described as having produced ‘the purified and stylized geometric relief which is characteristic of Cycladic sculpture’. According to the American art historian and critic Barbara Rose, this work preceded American minimalism by seventeen years.

Chryssa was an artist who worked in a wide variety of media. She is considered a pioneer in light art and illuminist sculptures (as she first used neon in 1962) and widely known for her neon, steel, aluminum and plexiglas installations. The use of neon was a derivative of her everyday life in technologically advanced New York and the transformation of the big city by night with the large-scale neon advertisement signs.

Her work The Gates to Times Square, 1964 installed in the square bearing its name, is regarded as a thrilling homage to the living American culture of advertising and mass communications. The work is a ten feet cube installation which visitors may walk into a gleaming block of stainless steel and plexiglas that seems to quiver in the play of pale blue neon light. Since 1972 the work is in the collection of the Albright-Knox Art Gallery in Buffalo, New York.

Chryssa held a large number of prestigious solo exhibitions in the United States and the rest of the world such as: in 1961 at The Solomon R. Guggenheim Museum, New York, in 1963 at The Museum of Modern Art, New York, in 1972 at The Whitney Museum of American Art, New York and in 1979 at the Musee d’Art Moderne, Paris. 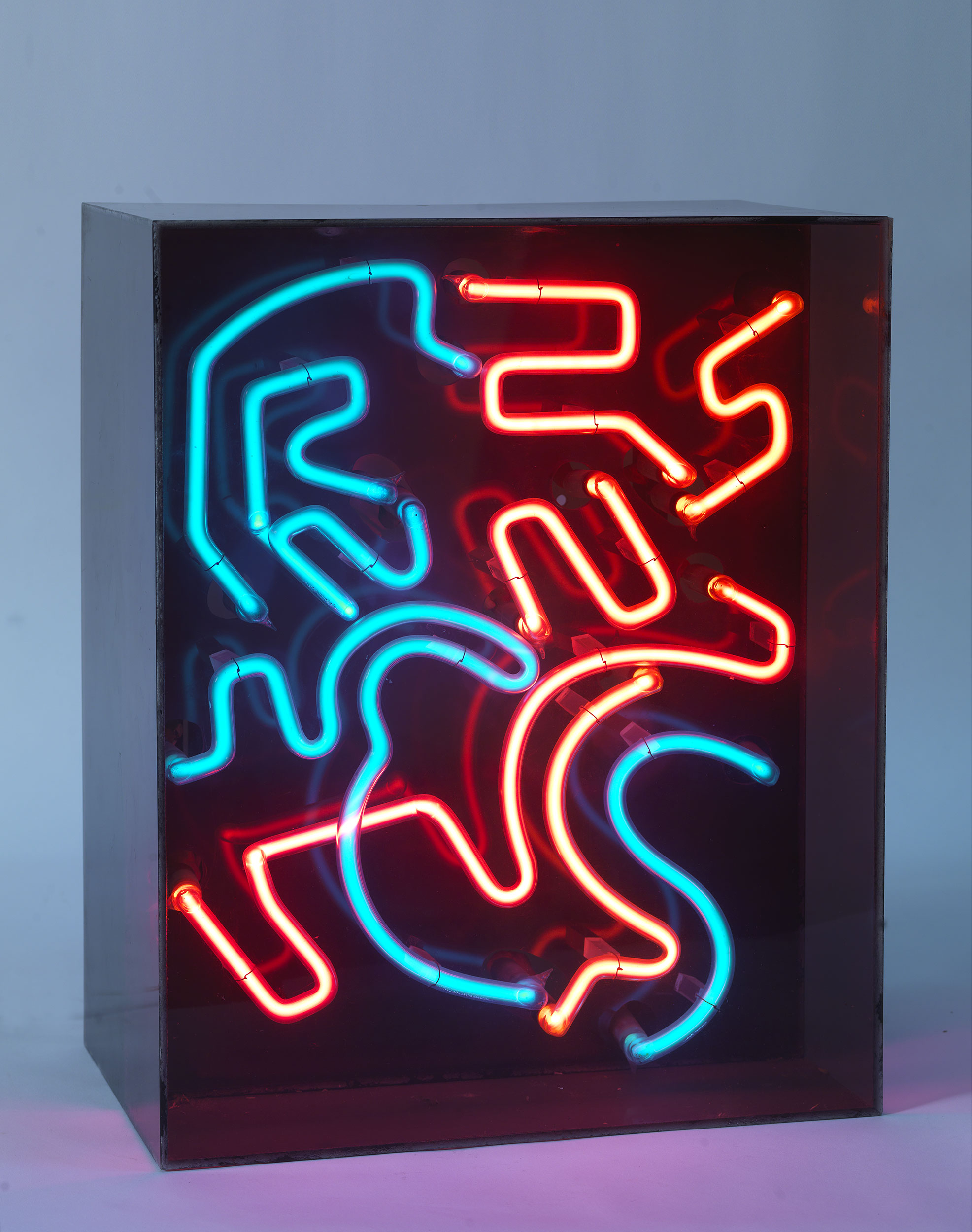